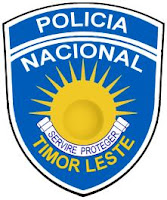 PNTL decided to investigate the three members of PNTL based on information they have found.

"The suspensions are based on the institution's regulation - when a police officer is being investigated then he/she will not actively working in the institution," Monteiro said.
at Sunday, April 08, 2012