Police said they were forced to intervene after protesters began hurling stones and marching to a nearby hotel where some staff had recently been laid off.

"It was an illegal demonstration because by law any demonstration needs permission four days in advance," said Dili District Police Commander Pedro Belo.

"When we tried to explain they didn't want to listen and threw stones at the police and our vehicles. We've arrested 84 people -- nine females and the rest males," he said.

"Three policemen and one private security guard were injured. Two vehicles were damaged and seven windows broken," he added.

A witness said the protesters were calling for higher wages.

The half-island nation of 1.1 million, which this month celebrates a decade of formal independence from Indonesia, ranks as one of the world's poorest countries.

It is labelled by the International Monetary Fund as the "most oil-dependent economy in the world", relying on a petroleum fund that reached US$10 billion this year. 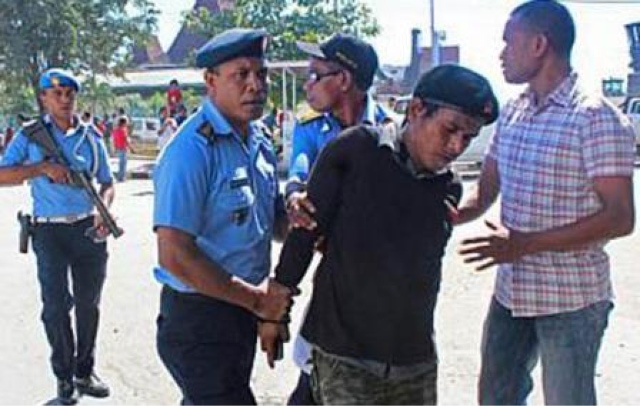