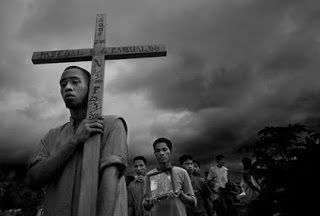 Sleman police in the Province of Jogjakarta, Indonesia, believe that a student from East Timor,  Joao Bosco Baptista (21), was murdered. The victim's body was found lying on the slopes of Cemorosewu Gorge, Ngancar village, Plaosan subdistrict, Magetan Regency, East Java.

"The team has conducted investigations in order to pursue and find the suspects who caused his death" said director of Reskrimum Polda DIY, Kombes Pol Hadi Utomo, at a press conference at the DIY Mapolda, North Ringroad Padjajaran Street, Sleman, Thursday (18/7/2019).

Police have identified the Bosco body by deploying Inafis and DVI teams who found a number of injuries to his body.

There is no description of the perpetrator," explained Hadi. Kabid Humas Polda DIY, Kombes Pol Yuliyanto. He added that the Bosco family had reported the victim missing on July 2, 2019 from Banguntapan area, Bantul.

The day after the family again made reports that the victims were allegedly kidnapped.

"Then there was the discovery of the body of Mr. X in Magetan on July 14 (previously written July 12), the results of identification ensured the body of Joao Bosco's brother," he explained.