The Crime of Mistreatment of a Spouse 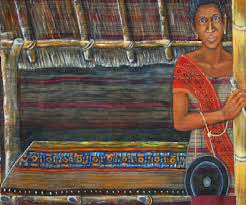 JSMP reported on a case in the Oecusse District Court that was heard in February this year concerning the crime of mistreatment of a spouse. Case No. 0150/17.OESIC was heard before Judges João Ribeiro, Sribuana da Costa and Eusébio Victor Xavier who were accompanied by Alexandre E. Brige Viega (mentor judge).

In the end the Court’s decision on penalty was 3 years in prison, suspended for 4 years.

This short note concerns the offence itself and the criminal behaviour of the defendant towards women to demonstrate the exact nature of the acts of violence perpetrated in this case; similar to many other reported cases of spousal assault in East Timor.

JSMP recorded the particulars of the violence:

A medical report from PRADET and photographs from Police-VPU were also attached to this case file.

During the trial the defendant confessed all of the facts set out in the indictment and regretted his actions. The defendant is as farmer, and has no fixed monthly income, and has four children.

One week after this incident the defendant went looking for his wife and child who had been taken by the parents of the victim back to stay with them. At that time, they immediately reconciled and have been living together since that time as husband and wife.

The defendant also stated that previously he committed the crime of domestic violence against the victim and was given a suspended prison sentence in 2016.

Case No: 0016/17.OEPSB was heard by Judges João Ribeiro, Sribuana da Costa, Eusébio Victor Xavier who were accompanied by Alexandre E. Brige Viega. The defendant was convicted and sentenced to 3 years in prison, suspended for 4 years with conditions.

The particulars of the violence in this case were reported by JSMP.

On 23 July 2017 the defendant kicked the victim once on the right side of her head and caused the victim to fall to the ground and lose consciousness. This act occurred when the defendant expelled the victim from the home but the victim did not want to leave the home. The case file included a photo from the police showing the victim's condition at that time.

The social problem of domestic violence in East Timor has been high on policy-makers’ and human rights advocates since independence. Special laws have been enacted. The Courts are full of domestic violence cases. It is a complex problem and one that requires social transformation that will take many years. One might speculate that domestic violence has a high correlation with poverty. It may also be an aberration that is a part of the long legacy of violence that held East Timor fast for nearly thirty years.

In any event, the government and donors must continue to provide social support to the victims of domestic violence and ensure that safe houses such as those run by PRADET remain fully and properly funded. In the meantime, it is the responsibility of the government and of civil society to raise the country out of the morass of domestic violence through continuous community legal education programs, consciousness-raising and the education system.