The Social Problem of Energy Smuggling in East Timor 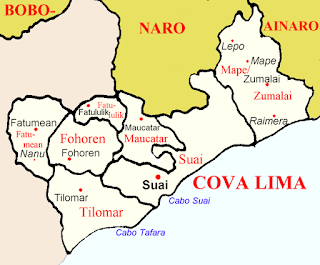 ETLJB 25 July 2019 - Smuggling in East Timor continues to be a not infrequent offence prosecuted in the Courts. Many cases involve fossil fuels smuggled into East Timor from Indonesia. A recent post recorded cases of smuggling that were heard in the Oecusse District Court.

On 31 January 2019, the Suai District Court announced its decision in another case of smuggling [Case No. : 0062/18.PDSUA] and found the husband and wife defendants guilty. Heavy financial penalties were imposed.

The public prosecutor alleged that the defendants went to Atambua in Indonesia to purchase 1,895 litres of kerosene.

After purchasing the kerosene they brought it into the country illegally via the beach in Sanirin Village.

The actions of the two defendants were considered to be an attempt to avoid paying tax to the State which caused the State to suffer a loss.

The public prosecutor alleged that the defendant violated Article 316 of the Penal Code on smuggling that carries a maximum penalty of 2 - 6 years in prison or a fine.

The court also imposed an alternative penalty of 60 days in prison if the defendant does not pay this fine.

The court imposed a prison sentence of 2 years and 6 months, suspended for 3 years, against the male defendant and ordered him to pay court costs of U$50.

A short ROCCIPI analysis of this social problem is set out in the first mentioned post.