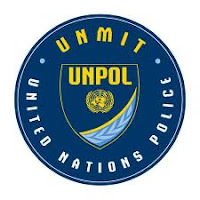 Radio e Televisao Timor-Leste reported on 30 October 2012 that the Government had conducted a meeting with UNMIT on 29 October to discuss the future of the United Nations in East Timor.


According to the RTT report, the Minister of State and President of the Council Ministers Agio Pereira said later that during the meeting the government of Timor-Leste recommended the creation of a special adviser in Timor-Leste.

“After analysing the needs of all ministries, the government has asked the United Nations to create its special adviser in Timor-Leste. In addition, we also recommended a resident representative in our country to monitor the development process because many specialised development agencies are still working in our country”, said Agio.

Agio added that although UNMIT mission in Timor-Leste ends but UN agencies will keep supporting the government in some specialised sectors.
at Saturday, November 03, 2012