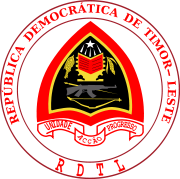 The Council of Ministers held a meeting on Wednesday, 13 May 2009, in its room in the Government Building, Dili where it approved:

1. Resolution that creates the Coordination Commission for the 2010 Population and Housing Census

Considering that the Government's policies reflect on all citizens, the members of the Council of Ministers approved today a Resolution that creates the Coordination Commission for the 2010 Population and Housing Census.

The goal of these censuses is the counting, identification and characterisation the population resident in the country, and also surveying the housing conditions of the population. The data will be collected through questionnaires.

The Council of Ministers also analysed the:

1. Presentation of the Report on Special Investment for Development

The Report on Special Investment for Development that was presented today in the Council of Ministers discussed the issue through the eyes of the national and international investor, form accessing credit to red tape during the inception stage up to qualified labour. Considering this reality, the alternatives that were presented were less focused on the increase of benefits to the investors and more on decreasing the difficulties for the private sector.

In this line of investment, it is important not to overlook that not all the investment projects are good for the country or for the economy, hence, one has to do a technical study and an assessment of interest that the project generates. .

The creation of a Inter-ministerial Commission would be a first step to build such a team, one that would be responsible for the analysis of the private sector investment proposals both national and international.

Secretariat of State for the Council of Ministers
Díli, Government Building
13 May 2009
at Saturday, May 16, 2009