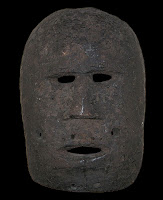 Deputy PM Carrascalao, who reportedly is investigating corruption within the government, told the Timor Post: 'The current indications are that most corruption is in the Ministry of Finance.' (edition of 24 April 2009)

Another Dili newspaper Tempo Semanal (27.4.09) and the Weekend Australian newspaper (25.4.09) detailed the extraordinarily high salaries received by the ministry’s ‘international’ advisors, including Timorese of dual citizenship. The reports also raised questions about the probity and transparency of the recruitment processes for advisors, including old friends of Minister Pires from the time she lived in Australia.

Arsenio Bano said concern about malpractice in the Finance Ministry was so widespread that MPs from the government’s own alliance parties were demanding answers in parliament.

'Every day for the last two months there has been criticism of the Gusmao administration’s mismanagement of public finances and public spending from MPs from all parties who visit remote parts of the country to inspect government projects and service delivery,' Bano said.

'All this after the great ‘reforms’ the minister says she undertook, after the political persecution of some competent senior civil servants in 2007, after centralising all power and responsibility in her over-paid international advisors to the exclusion and marginalisation of competent national staff and directors,' Bano said.

'The Minister and certain World Bank officials are happy to shut their ears to the bad news and sing out loud that all’s well, they say the budget execution statistics are great and money is flowing out. The fact that it’s mostly being wasted and misused is of no concern to them.

There is no growth in the productive sector, just the sad and inevitable effects of our petro dollars flooding the market. All the spending in Dili is on cosmetic beautification programs, but little in human development.

Water is still scarce in most Dili communities and in the rural areas supply has worsened. The school meals program is a shambles. The emergency road program is being used as a means of handing out projects to politicians'friends while the condition of rural roads worsens.

'Timor-Leste's parliament is getting no assistance from our so-called development partners in our endeavours to uphold the constitutional role of the parliament and the rule of law. All we get are platitudes on the success of their ‘capacity building projects’ that have no relationship to reality.'