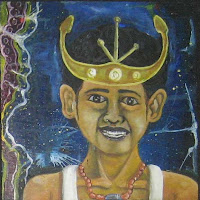 UN police starts handing over responsibility to Timorese Police Radio Televisaun Timor Leste 15 May 2009 -The United Nations Police has officially handed over security responsibility to the Timorese National Police in the eastern district of Lautem.

Security in the country is normal: Guterres Timor Post 15 May 2009 - Deputy Prime Minister Jose Luis Guterres said that the security situation in Timor-Leste was normal and there had been no threats to the country's stability.

F-FDTL new recruits start training Radio Televisaun Timor Leste 15 May 2009 - The new recruits in the Timorese Defence Force (F-FDTL) for the ranks of officers and sergeant have started military training at the F-DTL training center of Metinaro.
at Saturday, May 16, 2009