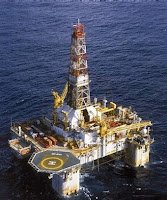 By Angela Macdonald-Smith May 6 (Bloomberg) -- The East Timor government said it doesn’t intend to approve plans that Woodside Petroleum Ltd., Australia’s second-largest oil and gas producer, has said it will put forward to develop the Sunrise field in the Timor Sea.

Progress on the natural gas project has stalled, the Pacific nation said in an e-mailed statement today. Woodside’s partners in the venture include Royal Dutch Shell Plc and ConocoPhillips.

Perth-based Woodside said May 1 the Sunrise partners expect to reach an agreement in the second half on how to tap the field, choosing between a floating liquefied natural gas plant or piping the gas to Darwin in Australia for processing. The East Timor government said today it favors an onshore plant on its soil and is also considering leaving the field for future development.

“We have made it clear to Woodside our position,” the government said in the statement. “We have not, and do not intend to approve their development plans, no further engagement or negotiations will be entertained as stands.”

Australia and East Timor completed a treaty in February 2007 for the administration of the Sunrise field, which straddles a boundary between Australian waters and an area jointly managed by the two countries.

Woodside fell for the first time in five days, dropping 0.3 percent to A$42 in Sydney trading. The exchange’s benchmark energy index declined 0.7 percent.

Jon Ozturgut, vice-president of Sunrise LNG Development at Woodside, said in a May 1 interview that while East Timor would prefer the venture builds an LNG plant on its territory, the treaty requires the partners to choose the project design that offers the “best commercial advantage.”

The Sunrise venture “will work with the Timor-Leste and Australian governments to secure the timely approval of a field development plan to develop Greater Sunrise to the best commercial advantage, consistent with good oilfield practice,” Woodside spokesman Roger Martin said today in an e-mailed response to East Timor’s statement.

“It’s not just about making money,” East Timor’s Secretary of State for Natural Resources Alfredo Pires said in an interview today. “You need to look at the greater aspects of how resources should benefit the resource owners.”

That includes jobs and developing skills, he said by telephone from Dili. As East Timor is already receiving royalties from the ConocoPhillips-operated Bayu-Undan gas project, which sends fuel to Darwin for processing, there’s no financial imperative for the rapid development of Sunrise, he said.

“The fact that one pipeline has gone already to Australia, we feel that it’s only fair that the other one comes to Timor- Leste,” Pires said. “We also have studies that confirm that the Timor-Leste option is much more viable than we had been led to believe.”

Woodside owns about 33 percent of Sunrise and is the operator, while Houston-based ConocoPhillips has a 30 percent stake, Woodside’s 34 percent-shareholder Shell owns 27 percent and Osaka Gas Co. holds 10 percent. The field, which lies 450 kilometers (280 miles) northwest of Darwin, is estimated to hold about 5.4 trillion cubic feet of gas and 240 million barrels of condensates, a type of light oil.

“Relationships are good” with East Timor, Woodside Chief Executive Officer Don Voelte told reporters in Perth on May 1. “They’re conciliatory, we’re working together and there has got to be opportunities for everybody.”

East Timor, where 41 percent of the people live on less than $1 a day, plans to use royalties from oil and gas projects to fund social development. The country started a petroleum fund in 2005, which now holds $4.6 billion.

To contact the reporter on this story: Angela Macdonald-Smith in Sydney at amacdonaldsm@bloomberg.net Last Updated: May 6, 2009 04:21 EDT

Image added by ETLJB: East Timor's sovereign wealth is prone to the vicissitudes of international capital and Timorese nationalism - while the vast majority of its people languish in poverty without appropriate health, education or employment opportunities.
at Thursday, May 07, 2009