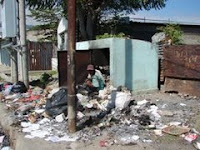 31 March 2009 Press Release Banking and Payments Authority of Timor-Leste Petroleum Fund Quarterly Report Quarter ended - The Banking & Payments Authority (BPA) today released the Quarterly Report ended 31 March 2008 of the Petroleum Fund of Timor-Leste showing that the Capital of the fund as of 31 March 209 was $4,750.08 million compared to $4,196.97 million at the end of December 2008.

The report shows that the net cash inflows during the quarter were US$549.88 million, consisting of taxpayer contributions to the Fund of US$ 232.77 million and royalty contributions from the NPA (National Petroleum Authority) of US$ 317.11 million.

The investment income of the Fund was $3.22 million of which the coupon and interest received was $40.10 million and the change in the market valuation was ($36.89) million. This resulted in a portfolio return of the Fund for the quarter of 0.01 %, while the benchmark return for the period was 0.02 %. The portfolio return for the quarter was therefore 1 basis points below the benchmark return and within the mandated target of±25 basis points.

The Petroleum Fund law specifies that the BPA, as the future central bank of Timor-Leste, is the agent responsible for the operational management of the Fund. The Ministry of Finance is responsible for setting the overall investment strategy for the Fund. The mandate given to the BPA is to manage the fund closely to the Merrill Lynch 0-5 years US Government Bond Index. The BPA has managed the portfolio close to the benchmark over the first 15th quarters. The difference in return between the portfolio and the benchmark since the inception of the fund in 2005 is -5 basis points within the target of ±25 basis points.

Highlights of the XV Quarterly Report, which covers the period from 1 January to 31 March 2009, include:

• Net receipts during the quarter were $549.88 million which consisted of taxpayer receipts of $232.77 million and royalty receipts of $317.11 million.

• Investment income during the quarter was $3.22 million consisting of interest income was $40.10 million and market revaluations of ($36.89) million.

The contract negotiations with BIS as non-commercial external manager has concluded and submitted during the quarter for approval in accordance with Article 12 of the Petroleum Fund Law.

The quarterly reports, as well as the Petroleum Fund law and Management Agreement, is available from the Banking & Payments Authority’s website www.bancocentral.tl .

Image added by ETLJB - A child scrambles over a pile of waste in the streets of Dili, East Timor.
at Saturday, May 09, 2009