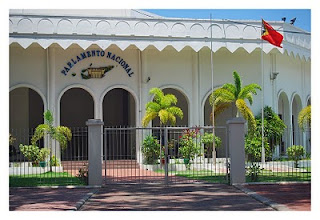 Parliament calls on F-FDTL to respond to rumors about Ninja Timor Post 19 January 2010 The Timorese Parliament has called for the Government to deploy the Timorese National Police (PNTL) officers and the Timorese Defense Force (F-FDTL) soldiers to manhunt unidentified groups that have threatened people and impeded their economic and agricultural activities in Bobonaro and Kovalima districts.

Parliament to meet with PM Gusmao Timor Post 19 January 2010 The Parliament has planned to meet with Prime Minister Xanana Gusmao talking on political consensus about appointing commissary for the approved anti-corruption commission (KAK).

Government reforms Procurement Department Timor Post 19 January 2010 Prime Minister Xanana Gusmao said everyone should help support the Government he led by improving the image of Timor-Leste as one of the most corrupt countries in the world.

Alkatiri: Article No. 85 and 106 should be amended Diario Nacional 19 January 2010 Fretilin Secretary General Mari Alkatiri said it was important to amend the Timorese Constitution, mainly the article No. 85 which was about the competence of the president and the article 106 about the appointment.