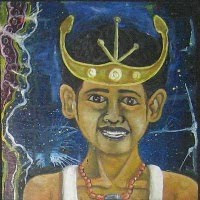 Rory Callinan From: The Australian January 29, 2010 12:00AM - UN peacekeepers stood by and watched as the East Timorese police they were supposed to be mentoring allegedly hit, kicked and repeatedly stomped on a young man near an official ceremony.

The incident late last year raises concerns about the supervision and training provided to the local police by the UN Integrated Mission in East Timor, which is supported by a contingent of Australian Federal Police and Australian soldiers.

The beating, which involved Policia Nacional de Timor-Leste officers allegedly grinding their heels into the man's back up to a dozen times, kicking him in the head and hitting him with a rifle butt, came to light after film of the incident was handed to East Timorese authorities this month.

The film, since posted on the internet, initially shows a young man with a sign relating to a local fishing group standing on a beach on Atauro Island where East Timor President Jose Ramos Horta was opening a fishing competition about 25km north of Dili.

Next, the young man is shown being dragged away by uniformed PNTL officers while UN police stand casually in the background.

There is no suggestion that Mr Ramos Horta witnessed the alleged incident.

While the PNTL try to handcuff the man, two other men, believed to be plainclothes officers, are seen to rush in and stand on the man's torso. As he writhes in pain, the officers begin stomping on his back in his kidney region up to a dozen times.

During the beating, a blue-bereted, uniformed UN police adviser can be seen watching from just outside the circle of officers and at one point appears to say something. Other UN officers are seen just before the beating standing further back along the beach.

UN East Timor spokesman Gyorgy Kakuk said yesterday a joint UN-PNTL investigation had been launched into the incident, along with a separate criminal investigation.

"We are taking this matter very seriously," Mr Kakuk said. "The investigation has to determine what has happened, why did it happen there and, as a result of that investigation, perhaps there will be an investigation established into responsibility of other police officers other than PNTL."

No Australian peacekeepers were involved in the incident.

In 2006, the PNTL and the country's military forces fractured along political and geographic lines, taking the country to the brink of civil war and causing 37 deaths and the displacement of 150,000 people.