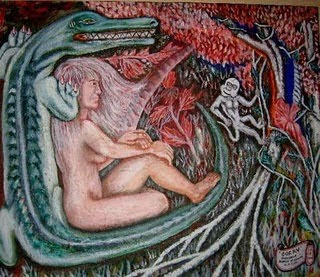 FRETILIN.Media Flash Dili, 27.01.2009 : 1643 hours - A translation of an interview by the Dili daily newspaper, Jornal Diario Nacional dated 26 January 2009 with President Ramos-Horta follows, in which he repeats his concerns about the level of corruption with the current de facto government and its impact on Timor-Leste internationally.

The calls for a reshuffle of the government are astonishing in the eyes of many, given his recent contradictory expressions of support for the de facto government despite widespread and persistent evidence of their corruption and ill-governance.

A reshuffle has been mooted by Mr. Gusmao for more than a year now, and speculation has it that he has been unable to do so because of the precarious balance of the so called alliance, due to internal inter-party bickering and because a number of parties comprising the alliance that have publicly known bitter internal disputes and rivalries that would prevent them on ever agreeing on replacements or changes. Some have even splintered into new parties in the last two and a half years.

The fact is that the de facto government is rife with corruption and has governed ineffectively and wastefully, and although a reshuffle is unlikely to change this unfortunate direction the country is heading in, equally, this uncertainty resulting from the President's widely reported remarks must end soon for the good of our nation.

Title: President of the Republic Asks PM to Reshuffle the AMP Government

The President of the Republic (PR), Jose Manuel Ramos Horta, asked the Prime Minister (PM), Kay Rala Xanana Gusmao to reshuffle the government of the Majority Parliamentary Alliance (AMP) block, because the time has come.

PR Horta said, he does not want a nation whose name is dirty in the international world due to corruption, and so for this year he wants to see cleaning of the dirt that is there.

The Head of State said, what he had told the Prime Minister, he does not want to say in public especially to the media but it is a normal concern that he has. More than two years have passed and the Prime Minister can already think to reshuffle the AMP government.

Look to see if a minister is really serving the nation or not, serving the government, truly grasping governance within his or her ministry or not, or is it better to change one minister for another,” suggested PR Horta.

However, PR Horta emphasized to the journalists that the power is in the Prime Minister’s hands.

“I give him 100%, what he does I agree with and I support him, if there is something I don’t agree with I tell him but personally I can’t speak out because the power is in his hands to put in or remove people from the government,” said PR Horta.

PR Horta said, this year he has already met with the PM and all members of government to improve even more governance, that budget execution must be better, and they must clean Timor’s name and the government’s name of corruption.

“Concretely involved (in corruption), that I can’t say because I am not the Prosecutor General, I am not the Provedor for Justice and Human Rights. I can speculate because I do not have proof. If I did have strong proof in hand and I saw the Prime Minister didn’t do anything, then I could speak, but at this time I do not have proof, I hear only people talking, talk that could be right, but we don’t know,” stated the Head of State. (Ends)