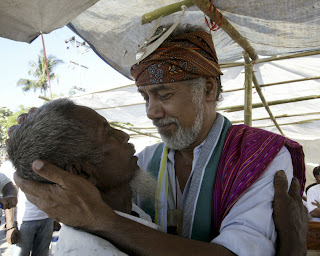 The Secretary of State for the Council of Ministers and Official Spokesperson for the Government of Timor-Leste Agio Pereira January 27, 2010 Dili, Timor-Leste - Government moves into 2010 with strong measures for transparency and accountability.

With the establishment of the independent Anti-Corruption Commission, further compliance with the EITI in the petroleum sector, progressive adoption of world class Public Finance technologies and the professionalisation of the Civil Service through the Civil Service Commission, the Xanana Gusmao government moves into 2010 maintaining its strong commitment to transparent and accountable government.

Following a consultative process in 2008 to identify the most effective model to fight corruption and promote transparency, laws were passed last year to allow the establishment of Timor-Leste’s first independent Anti-Corruption Commission. The Commission is an independent body that reports to the National Parliament with a mandate to conduct investigations into acts of corruption, carry out education campaigns and provide advice to all public departments and agencies on how to prevent corruption. The process to find a suitable Commissioner has begun with a candidate proposed in December 2009.

On another front Timor-Leste has recently been reported as leading the way in the Asia Pacific Region with good governance in the Petroleum sector through efforts to become compliant with the international mechanism known as the Extractive Industries Transparency Initiative (EITI), which has defined the global standard for transparency in the oil, gas and mining sectors.

Since the launch of Timor-Leste’s EITI report; Timor-Leste been praised by the World Bank and other independent organizations for efforts in ensuring transparency and accountability in the management of the petroleum sector; specifically in the reconciliation and publication of government receipts and industry payments from the oil, gas, and mining sector.

The Xanana Gusmao Government also announced plans to make the public financial management of Timor-Leste one of the most transparent in the world. Discussions are in process to implement systems to enable public scrutiny of government finances. Spokesperson for the Council of Ministers, Agio Pereira said “The next generation of public financial management technology will allow the public to track the budget live, to see where every dollar is being spent, and to gain renewed confidence in the process.”

Secretary of State Pereira affirmed “At every level in the Government and throughout the Civil Service we continue in 2010 building on our achievements in transparency and good governance. The Xanana Gusmao government continues this year ever mindful of its mission to serve the people of Timor-Leste with commitment, determination and integrity.” ENDS