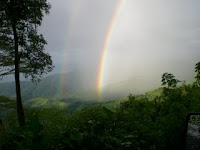 A ruling drafted by a Portuguese magistrate Ivo Rosa in response to an appeal rendered null and void a ruling by Unpol Chief relating to a senior Timor-Leste's National Police (PNTL) officer.

The ruling made by the Court of Appeal in December 2008 annulled a court order to suspend Aderito da Costa Neto, PNTL Baucau district commander.

The suspension of this senior Timorese police officer had been ordered following a proceeding initiated in October 2008 by the then UNPol interim commander, Juan Carlos Areval (from Uruguay) on grounds of “false quality”.

A Portuguese officer, Chief Superintendent Luis Carrilho, is the commander of UNPol as from this week. According to several Timorese and international sources heard by Lusa, the recently-appointed commander found a complex problem on his arrival.

What UNPol and the Timorese authorities fear in common is that the ruling of the Court of Appeal may now be invoked by anyone as a precedent in order to contest any administrative act by the international police.

The issue was discussed by the heads of the United Nations Integrated Mission in Timor-Leste (UNMIT) and the Timorese leadership in January, during a meeting of the High Level Coordinating Committee, where both the Head of State and the Prime Minister have seats.

According to international and Timorese sources familiar with the case, the practical outcome of such discussion was that “the case was kept in silence up until now” because “it was expected that nobody would “pay attention” to the legal implications of the court ruling.

The grounds of the ruling signed by judge Ivo Rosa are based on the fact that the international treaty that establishes the executive responsibility of Unpol over PNTL cannot be applied to the Timorese juridical order.

The Timorese Court of Appeal noted that the Policing Supplementary Agreement, signed between Timor-Leste and the United Nations, “has not been submitted to the Legislative for ratification. It has not been promulgated nor published”.

The agreement was signed on 01 December 2006 between Mr Finn Reske-Nielsen on behalf of the United Nations, and by the then Prime Minister, José Ramos-Horta, currently the President of the Republic, following the establishment of UNMIT by the UN Security Council.

Lawyers consulted by Lusa in Dili confirm the essential of the interpretation made by the Court of Appeal, stating that it is “Timor-Leste that is at fault by not rectifying the Supplementary Agreement” of 2006.

“The problem (after the court ruling) is that, in theory, any PNTL member may invoke the ruling of the Court of Appeal as a precedent in order to appeal against any UNPol decision”, an international police senior office in Dili told Lusa.

“All UNPol work is entrapped, including any decision on the PNTL certification process which is at its final phase”, said the same senior officer, who asked not to be named.

Over three thousand PNTL members have been submitted to a final screening, training and certification process, a task that constitutes a central mission of UNPol in Timor-Leste.

The corollary of this certification process is the phased, and several times postponed, restitution by Unpol of the operational competences of PNTL.

The laconic stance of UNMIT as reflected in replies to several questions made by Lusa is that the Mission “has no doubts whatsoever on the applicability of the Supplementary Agreement in accordance with International Law”.

The ruling of the Court of Appeal was made at a conference of judges by Ivo Rosa, international judge Jose Luis da Goia, and Timorese judge Antonino Gonçalves.

Image added by ETLJB: A scene from the mountains in the Sub-District of Bazartete, Liquica District, East Timor.
-----
East Timor Law Journal Blog
at Saturday, February 28, 2009