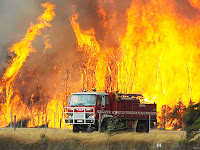 President Ramos-Horta Extends His Condolences to the People of Australia

President of Republic, HE Dr Jose Ramos-Horta today, on behalf of the Timorese people, extends his condolences to the people of Australia in light of the tragic bush-fires in Victoria. He also extends his thoughts and best wishes to those in other Australian states currently affected by natural disasters, including Queensland.

Due to the tragic circumstances many Australians are facing at this time, and the Australian Government's focus on relief efforts, the President’s planned State Visit to Australia from 10 to 15 February will be postponed to a mutually convenient time later this year.

"On behalf of the Timorese people, I would like to extend my deep condolences to our brothers and sisters of Australia, especially to those who have lost their loved ones and properties in this tragedy. My thoughts and prayers are with the people of Australia." President Ramos-Horta said.

"The People and Government of Australia have displayed their generosity and solidarity as a good friend to the people of Timor-Leste during our own challenging times in the past few years. We offer our full support and solidarity to the Australian people at this difficult time for them.”

President Ramos-Horta has confirmed that his plans for visiting New Zealand and the United States remain unchanged. END

Contactos: telefone:(+670) 333 9003, telemóvel:(+670) 723 0160, e-mail Chefe Dep. Com. Social: riko.joel@gmail.com ; e motaana48@gmail.com
-----
Image added by ETLJB: "Flames from Hell" - Australian authorities are fearful that more than 200 people have perished in terrifying firestorms that raged through the Australian state of Victoria over the weekend devastating entire rural communities. Some fires are believed to have been deliberately lit.
at Tuesday, February 10, 2009