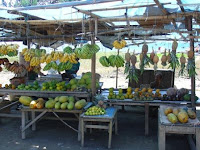 Monteiro made the comments during a press conference held on Tuesday (24/2) at the Public Prosecution office.

Monteiro stressed that the 12 of the cases were to be sent to the court as they were found as corruption cases whereas 29 other cases considered as maladministration.

He called all on all the ministries and departments to look at maladministration and urged them to take the necessary actions on this matter.

During the Security Council meeting in New York, President Horta called on the UN Security Council to consider the UNMIT mission by drafting a resolution for the extension of the UNMIT in Timor-Leste. Horta said the UN security members and the ASEAN countries members had
agreed with the extension of the UNMIT mission in the country. Meanwhile, the Report made the UN Secretary General Banki-moon on the stability, development and economy of the country was positive.

UN should look at serious crime committed in 1999: HAK Timor Post 25 February 2009 - Spokesperson for the Timorese Human Right Association (HAK), Edio Saldanha, said much appreciated the extension of the UN mission in East Timor but also urged the UN to pay attention to serious crimes committed by pro-Indonesian militia in 1999.

Saldanha also strongly criticized the UN's failure in taking the 1999's atrocities perpetrators to a tribunal. Saldanha called on the UN to continue holding investigations into these serious crimes against humanity so that the perpetrators could be taken to the court.

The UN should continue holding investigation into the case and ussuing indictments to the perpetrators so that human righst in the country are respected, Saldanha said.

LDP learns affiliating to other political parties Timor Post 25 February 2009 - The Democratic Progressive League (LDP) is currently learning on how to set up a coalition with the Timorese Social Democratic Association (ASDT) party in the run up of the village chiefs elections.

A member of LDP, Hermenegildo Kupas Lopes from the Millennium Democratic Party (PMD), said the LDP leaders had consulted with each other about approaching President of the ASDT Francisco Xavier do Amaral to talk on the coalition.

We will approach the president of the ASDTL seeking ways to set up a coalition, Kupa said.

Lasama said the bishop was very concerned about the foreign nationals who had illegally entered the country and were now working and doing business in Timor-Leste.

Lasama stressed that such a situation should not continue otherwise in future the Timorese original citizens would be left behind and there might be no space for them to live.

Monteiro said he would be prioritising implementing discipline in the police force so that police officers would be more professional in future.

"I want to be in PTNL, as I want to implement discipline and I did not ask about rank and salary when I take up the post", Monteiro said.

President has the power to decide future of prosecutor general: Monteiro Timor Post 25 February 2009 - The president has the constitutional power to appoint a figure that would replace the current Prosecutor General said Longuinhos Monteiro who has recently been appointed by the Prime Minister Xanana Gusmao to be the permanent police commander.

To decide future of the country’s prosecutor general is in the hands of President Jose Ramos Horta to determine who will replace me in the future, Monteiro said.

Monteiro also said once he has been inaugurated as the commander of the country's police force , he would be focusing on three important things, making plans, determining the police force’s vision and mission.

Monteiro added he would publicise the things that he would be implementing after the swearing-in ceremony. Meanwhile, Deputy Prosecutor General Ivo Jorge Valente said he had not got any official information about his appointment to replace Monteiro from the country's state bodies.

Chief of villages concern about attitude of social solidarity ministry's officers
Radio Televisaun Timor Leste 25 February 2009 - The chiefs of villages in the Capital of Dili are concerned about the attitude of Future Building Service from the Ministry of Social Solidarity, as they did not appreciate efforts made by the village chiefs in bringing back internally displaced people (IDP) to their homes.

The Mascarenhas Village Chief Luis Gaspar and Bairo-Pite chief Orlando da Costa said the a team from Social Solidarity Ministry called Ekipa Servisu Hari'i Futuru officers had stated that they no longer needed the assistance of village chiefs in returning the IDPs to their homes.

Teachers force children to carry woods Radio Televisaun Timor Leste 25 February 2009 - Teachers of the Asalau Primary School of Hatulia, district of Ermera have forced their school children to carry heavy woods from the jungle to the school.

MP Mateus de Araujo from the National Unity Party (PUN) said this was an excessive action against the children and said the teacher had violated the children's rights. Araujo called on the Parliamentary Committee for Education and Health to look at this problem soon by contacting the Ministry of Education.

Araujo added that the children only attended the learning process for four days and another two days - Friday and Saturday - were spent carrying woods.