From Occupation to Independence: East Timor and the Struggle for Freedom from Indonesia 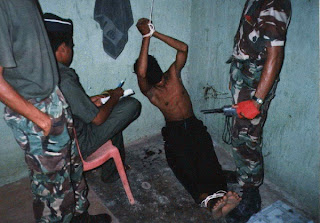 Abstract :The paper examines as a case study the territory of Timor-Leste (East Timor), the small half-island located about four hundreds miles north of Australia and east of Java, Indonesia. In particular the focus is upon the evolution and progression of the territory from colony to independent nation-state and the patterns of conflict and settlement that have marked the disputed and contested area and its people.

A central narrative is that, while independence for East Timor looked most unlikely in the late 1990s, a confluence of developments and factors combined to enhance the prospects and reality of this outcome in 1999. The paper examines a number of themes including: the historical and geo-political context; the brief interregnum between de facto Portuguese decolonisation and Indonesian re-colonisation; the invasion and occupation of the territory by Indonesia; referendum and independence for East Timor; post-conflict matters of justice; the international dimension; and the comparative dimensions of the East Timor case study.