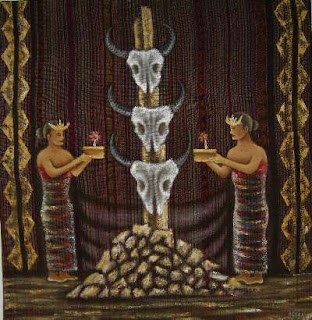 Statement By The Spokesperson of the IV Constitutional Government, The Secretary of State for the Council of Ministers

The AMP Government led by His Excellency Xanana Gusmao praised the nation for its political maturity in the local Sucos elections. From the 13 districts of Timor-Leste there are 442 sucos.

The elections represented the overall mood of the country which was peaceful, reflecting the current level of stability in Timor-Leste.

The electoral laws for the Sucos elections, unlike the presidential and legislative elections, forbid candidates from representing any political parties. Candidates must be independent and voters are encouraged to vote for the best leader to address the needs of their community.

On October 13, Fretilin made a statement which announced "the results of last Saturday's community leaders' election, where FRETILIN representatives picked up 56% of positions with another 10% of positions being taken by FRETILIN and allied party shared tickets. In Dili FRETILIN won 60% of the Suco leadership positions."

The Spokesperson of the IV Constitutional Government and The Secretary of State for the Council of Ministers, Agio Pereira said “Fretilin’s statement to the media on October 13, reflected a party that had a grave misunderstanding of the laws.’

‘This statement reflects interference in an electoral process that was conducted in the spirit of independence and the paramount importance of respect for this independent process within the Sucos election which was created to benefit our communities.”

‘We applaud all those elected across the nation for acting with integrity and dignity in these elections. The IV Constitutional Government sends each and every elected official its best for a successful term and congratulates all the voters who took part in this historical national event.”