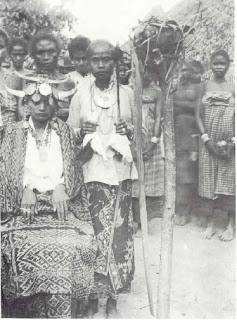 Extracts from The Justice System of Timor-Leste: An Independent Comprehensive Needs Assessment

While the Constitution provides for guaranteed access to justice for all citizens of Timor-Leste, certain groups, such as women, experience particular hardship in receiving fair, affordable and timely justice. A great amount of progress has been made toward equalising rights and integrating gender considerations in Timorese legislation. Nevertheless, significant challenges for women continue to exist, including prevalent gender-based violence, lack of legal knowledge and access to courts, increasing human trafficking, and lack of economic resources.

In cases of domestic violence and sexual assault, pressure is put on women to settle such cases with traditional authorities rather than report them to the police. In those cases where police undertake an investigation involving violence against a woman, their training is often lacking. Moreover, the police suffer a number of logistical challenges that impact their ability to investigate such crimes. Similarly, lack of forensic capacity to obtain, store and test physical samples in cases of domestic violence could easily compromise an otherwise promising investigation. Finally, the lack of means to protect victims when they proceed to court is a significant issue.

Although reportedly more cases of gender-based violence were processed in the courts in 2008 as compared to 2004, many of those cases resulted in acquittals. This may be explained, in part, by the fact that some victims choose to remain silent during trial and not supply evidence against their alleged assailant.

One of the positive developments in relation to SGBV cases is the establishment of the national referral network, which includes VPUs, the MoSS and several NGOs, which provide support, assistance, counselling and shelter to victims. These organisations, however, still face a substantial lack of infrastructure, human resources and logistical support.
-----
Presently, a large part of the population faces substantial obstacles in accessing the formal justice system. In addition to physical distance from courts, other obstacles to access to the formal justice system include barriers of awareness, cost, language and culture. Furthermore, in relation to criminal violations, police are not always accessible at the community level.

As a result, the majority of all disputes in the country are resolved through customary law processes and alternative dispute resolution mechanisms. Customary law processes are widely used because of practical and cultural advantages they hold in relation to the formal justice system. There are, however, serious shortcomings with respect to customary means of dispute resolution, including their failure to respect fundamental human rights, especially those of women, and their lack of safeguards against abusive practices or unjust decisions. Even where such processes achieve a resolution, they possess no formal enforcement mechanism, leading to unimplemented decisions and referral to the courts in some cases.