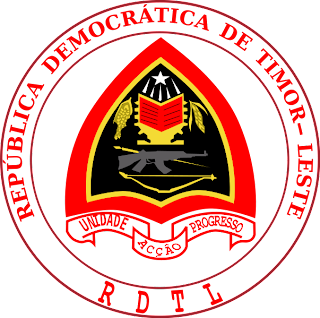 Statement By The Spokesperson of the IV Constitutional Government, The Secretary of State for the Council of Ministers

On July 17, 2007, after Fretilin lost the election and was in “caretaker mode”, less than 20 days before they left office, the outgoing Fretilin party enacted the Office of Sovereign Holders Act, in an assembly shrouded in secrecy.

The act was one of the most egregious pieces of legislation hastened through Government since independence. There were no public consultation, there was no sustainability analysis and there was no shame in granting themselves some of the most lavish life pensions available to any established Government in the world today.

This law was a big financial win for the former Fretilin holders and members of the sovereign bodies. Amongst the perks they rewarded themselves was 100% of their monthly wage for the term of their natural life which is transferred at a rate of 75% to their spouse or descendent upon death.

In addition to wages, they are allowed living allowances, complimentary and extraordinary expenses, thirty days vacation or equal payment, medical and hospital attention for themselves and their families in the most “favorable class”, diplomatic passports for themselves, their spouses and descendents, cars for both personal and official use, official residences, to name just a few of the ‘proportionate measures’ awarded.

Mari Alkatiri, the Secretary General of Fretilin, last year, amidst Fretilin’s public censure of the Government’s expenditure of $980,000 USD for 26 new vehicles for National Parliament (to begin to replace a mere 26 of the 109 that ‘disappeared’ at hand over’,) demanded another new car, to add to the three he already had; fully paid by the State. To accompany his personal fleet, USD 500 per month for the maintenance of the cars, 150 litres of fuel per day, USD 380,000 for works at his residence; 8 house maids for he and his children with international travel for he and his family in business class. Overseas medical treatment for him and family members, an office, personal protection, amongst a host of other perks.

The justification for the law reads as follows:

‘It is {also} necessary to protect and safeguard the holders against influences or specific interests of professional nature or other, so as to ensure that the functions are carried out in an exempt and independent manner.

These conditions confer dignity to their persons who, because they hold political positions and are integrated in the bodies that symbolize the independency and unity of the State, represent all Timorese citizens, respond for the conduction and execution of the policies and the public administration of the country, and administrate justice on and administrate justice on behalf of the people. This dignity deserves to continue after the term of office has been completed.’

Although Fretilin ensured their own interests were firmly established before leaving office, they have now decided that their political interest best serve denying the current office holders wage increases which are minute in proportion to the awards they bestowed on themselves for the term of their natural lives.

In a statement, Fretilin said the wage increase for office holders ‘does not reflect proportionality with salaries of citizens in the private sector and lower level civil servants, nor was it sustainable in terms of public finance for the future.’ Teixeira describes the pay scale as “socially unjust.”

Agio Pereira, Secretary of State for the Council of Ministers and Official Spokesperson of the IV Constitutional Government noted, “Unlike the former Government, the Prime Minister Xanana Gusmão Government considered ‘social justice’ first. We have paid pensions to the veterans, we have paid pensions to the elderly, disabled and infirm, we have made financial arrangements for mothers and orphans, we paid pensions to disaster victims, we have returned the 150,000 IDP’s to homes, we have compensated the petitioners, we have implemented wage increases to the security forces and the civil service and now we are addressing the wages for office holders in the 2010 budget.

It has been a transparent process, debated in National Parliament, taken to Commission C and subject to a Parliamentary vote. This should be a bi -partisan decision to professionalize our sovereign institutions, as we have the rest of our public service. This is not an issue to be politicized or used out of context to misinform the public, but considered a normal process in developing our sovereign institutions and paying wages proportionate with the demands of their official duties.” END For More Information Please Contact: Agio Pereira +670 7230011; E-mail:
agiopereira@cdm.gov.tl
at Tuesday, October 13, 2009