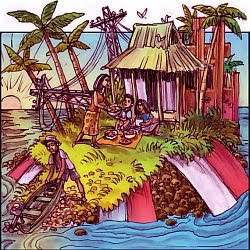 Michael Mullins August 31, 2009 'East Timor' by Chris JohnstonWe go to great lengths to commemorate the bloody conflicts that occur frequently in our history. For good reason. Remembering the violence that followed East Timor's independence vote ten years ago could indeed be the key to the country's stable future. If accompanied by the delivery of justice for crimes committed, it could lead young East Timorese to use peaceful means — rather than violence — to settle differences.

East Timor's leaders have tended to fix their minds on economic and social development, without firm acceptance that effective progress is only likely to occur in a climate in which justice has been delivered for past crimes. Full original text.