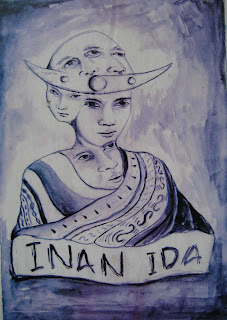 Judges Should Be Jailed If Rogerio Is Not Tried: Tilman The courts of Timor-Leste must be brave to bring to trial Fretilin’s Vice-President and former Minister of Interior, Rogerio Lobato, or detain the judges, said MP Manuel Tilman (KOTA). Tilman said the jail of Becora should not be for only a few people but should be for everybody, including the judges. He said the judges should not dissolve the cases based on threats, but he believes the Timorese judges are brave to carry the process forward. He said international judges representing the Timorese, in the case of Rogerio, must obey Timor-Leste penal code. (TP)

RTTL Headlines 9 October 2006 One youth was shot with an arrow-slingshot by an unknown group in Hera on Friday, 7 October Speaking to the journalists, the director of the Dili National Hospital, Antonio Caleres Junior reportedly confirmed that a young man from Hera was brought to the hospital after he was shot with an arrow-slingshot. Mr. Junior explained that the victim was shot on his way to collect water in one of the areas in Hera. He added that the man could be discharged from hospital in three days time.

More than 190 pistols are not handed over to the International Forces yet: Mr. Barris Speaking to the journalists after attending the meeting with all district PNTL commanders, the Minister of Interior, Alcino Barris reportedly confirmed that out of more than 270 pistols that were lost during the crisis, about 190 of them have not been handed over yet. However, there is still a chance for the users to hand them in within a special phase that is determined by the PNTL. After this determined-phase is over, any submission of pistols will be classified as a criminal act and will be investigated, stressed Mr. Barris. (Ed. Good old police intelligence!)

We are very pessimistic with the Timor-Leste Court to prosecute any of the actors of the East Timor crisis following the announcement of the result of the investigation from the UN Special Independent Commission of Inquiry for East Timor: Barros After attending the meeting hosted by the FNJP, Benevides Correia Barros said that ‘I do not believe that the Timor-Leste court will put the perpetrators of the crisis in jail as almost all judiciary actors are from CPLC nations. He gave an example of the case of former PM, Mari Alkatiri. It is very hard to prosecute Mari as most of the judges and prosecutors are from Portugal and CPLC countries. This cannot happen because according to Mr. Barros, they, the judges and prosecutors, were recommended and guaranteed by the first constitutional government to work in East Timor although they were paid by the UN. In short, it is impossible that the East Timor court can prosecute the actors of the East Timor crisis. Lastly as an alternative, he proposed to hand over the judicial power to the national people, including judges and prosecutors.

On the same occasion, Vital dos Santos, coordinator of the PNJP stated that an establishment of an International Adhoc Tribunal will be the best alternative to implement the justice system well in East Timor, including prosecuting the actors of the crisis. He argued that this International Adhoc Tribunal will not serve any political interest and stay away from any cultural interest of any CPLC countries.