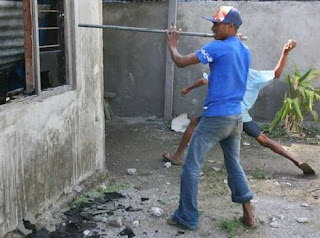 Extract from The Justice System of Timor-Leste: An Independent Comprehensive Needs Assessment

Disagreements over land and property are reported to be the most common category of disputes in Timor-Leste. To the extent that such matters are in fact settled, their resolution is largely accomplished outside the formal justice system as very few such cases are filed in court. There are reported, however, to be a large number of unresolved land contests throughout Timor-Leste. These, in turn, produce a level of tension among neighbours and within communities that can often lead to serious violence.

The issues pertaining to property and land ownership are complex as they have been subject to several different legal regimes over the last twenty-five years. It is extremely difficult to evaluate claims to a piece of land based on competing rights asserted under Portuguese law, Indonesian law, or simply the actual occupation of the land in question. Moreover, on the practical level, many records identifying property ownership were burned as a result of violence occurring in both 1999 and 2006.

Similarly, turmoil in the past caused social dislocation and people were often forced to flee their property, which was then occupied by others. One additional complicating factor is that although the right of women to own land is recognized by law, such ownership rights have not always been traditionally recognized.

With donor assistance, a project is currently underway to address several land issues, ranging from law to registration. A draft law on land ownership has been discussed in a series of public consultations hosted by the Ministry of Justice. The preparation of this law should continue to be a top priority, and once it is adopted, judges and other legal actors as well as all those offering mediation services should be trained on land issues, including the new legislation.
-----
ETLJB Editor's Note: Unfortunately, the draft land law does not appear to be a sufficiently informed legislative intervention to settle disputes. Nor does there appear to have been any meaningful, democratic public consultations on either the policy behind the draft or the draft itself.

For a full analysis of the 2009 East Timor draft land law, see, for example:

For reports on the so-called public consultations on the draft land law see, for example:

Only brief thoughts from Baucau allowed on the new Land Law