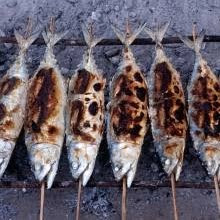 (AFP) – 12 October 2009 DILI — Lawmakers in East Timor shouted jibes at each other Monday in a fiery censure debate over a government decision to free an Indonesian militia leader accused of crimes against humanity.

Members of the opposition Fretilin party pushed the motion against the government of Prime Minister Xanana Gusmao, accusing it of breaking the law in an August decision to release militia leader Martenus Bere.

"Let's not say the freeing of Martenus Bere was in the national interest, as it violates the constitution," former prime minister Mari Alkatiri told parliament as opposition lawmakers shouted that the government had undermined East Timor's independence.

"This government has become accustomed to disrespecting the constitution and the law, opposing national and international laws," Alkatiri said.

A vote on the opposition censure motion was expected later in the day.

Bere was arrested after crossing into East Timor on August 8, five years after being indicted for his role in a string of human rights violations including the 1999 Suai church massacre in which up to 200 people were killed.

The United Nations has criticised government "interference" in freeing the militia leader. But Gusmao and President Jose Ramos-Horta have said reconciliation with giant neighbour Indonesia is more important than dwelling on past abuses.

At least 100,000 people were estimated to have died during Indonesia's 24-year occupation of East Timor, which ended with bloody violence surrounding a 1999 UN-backed independence vote.

The opposition Fretilin party put forward the motion in the house of representatives Monday to protest Prime Minister Xanana Gusmao's order to set free Maternus Bere on Aug. 30. The Supreme Court believes the move violated the constitution and has launched an investigation.

Gusmao, an independence-era icon who began his 5-year-term in August 2007, told the legislature at the start of the debate Monday that he accepted responsiblity for Bere's release.

"It was purely a political decision for our good relationship with Indonesia," he said.

The case has become a test for the infant nation, highlighting the continuing challenge to establish an independent and viable judiciary after breaking from hundreds of years of colonialism in 2002.

If half the members present in the 65-seat body support the motion, the government will be dissolved and new elections ordered within three months in what could spark new instability. It appeared set for a close vote, with house members bitterly divided.

"The government's decision to free Mr. Maternus Bere from Becora Prison clearly violated the constitution," Fretilin's motion said. "Only a court has the power and competence to order a citizen in prison to be freed from custody."

Timor Leste is enjoying relative stability after assassination attempts against its leaders in early 2008. Even those who opposed Bere's release may not support the bill for fear of disrupting the peace. A vote was expected late Monday night, said house speaker Fernando de Araujo.

An Indonesia national, Bere had been at large for 10 years until his arrest on Aug. 8 after crossing into East Timor from Indonesia for a family gathering.

Bere is one of the alleged leaders of the 1999 Suai massacre, when pro-Indonesia militias killed dozens and possibly hundreds of people sheltering in the village during the bloody aftermath of East Timor's referendum for independence that left at least 1,000 people dead.

Preparations for his trial were underway when he was handed over to the Indonesian Embassy as the nation marked the 10th anniversary of the historic Aug. 30 vote for independence, in which the nation of 1.1 million chose to break from Indonesia after 24 years of occupation.

Human rights groups say the handover demonstrated the weakness of the judiciary and that giving in to the political demands of powerful neighbor Indonesia undermined democratic institutions.

The United Nations has expressed concern and called for Timor Leste's leaders to abide by international law. Arrest warrants issued by a U.N.-backed serious crimes unit are outstanding for nearly 400 suspects in the 1999 violence, but Timor Leste has favored reconciliation rather than prosecution.

East Timor opposition debates censure motion against government Dili - East Timor's Parliament on Monday debated a censure motion submitted by two opposition parties against the government for releasing an Indonesian militia leader accused of committing crimes against humanity. The motion - launched by the Revolutionary Front of Independent Timor-Leste, or Fretilin, and the Democratic Alliance Kota/PPT - is to go to a vote about 10 pm (1100 GMT) Monday, officials said.

The government, led by Prime Minister Xanana Gusmao, would collapse if 33 lawmakers approve the motion. Opposition parties have 23 seats in Parliament while the government alliance has 42 members.

Opposition members accused the government of interfering with the judiciary in ordering the release in August of Maternus Bere, indicted for committing atrocities in the violent aftermath of the 1999 referendum that won East Timor independence from Indonesia.

Gusmao defended his decision to release Bere as necessary to maintain good relations with its powerful neighbour, Indonesia, which reportedly asked for Bere's release.

"My government prioritizes national interest as we know we have more than 8,000 East Timor students studying in Indonesian cities and we have 75 per cent of our trade links with Indonesia," Gusmao said.

"Indonesia is very important for our bilateral cooperation and regional security," he said.

Fretilin spokesman Aniceto Guteres called on the prime minister to resign for interfering in the judiciary.

"We are very concerned on the political interference in the judicial system," Guteres said. "We agree with reconciliation, but we don't accept that the government ignores justice for the victims" of the 1999 atrocities.

Bere was arrested in August and placed in jail after being indicted for involvement in homicide, sexual violence and torturein 1999.

East Timor became independent in 2002 after a referendum in 1999 that was organized by the United Nations.

The resulting vote for independence sparked a rampage by pro-Indonesia militias that destroyed much of the territory's infrastructure and left more than 1,000 East Timorese dead.

An international peacekeeping force was necessary to restore order and the territory, once a Portuguese colony, was kept under UN supervision for three years before gaining independence.