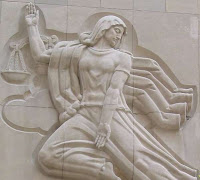 ETLJB 18 April 2009 SYDNEY - According to a report by the East Timor Judicial System Monitoring Program, on 15 June 2007, the Dili District Court sentenced Antonio Aitahan Matak to conditional release in a defamation case that occurred in 2004. The hearing was conducted by a single judge, Maria das Dores (international judge). The prosecution unit was represented by Felismino Cardoso (international prosecutor) and the defendant was represented by his legal counsel Paulo dos Remedies and Nelson de Carvalho (independent lawyer).

For the criminal act described above, the Court sentenced the defendant to 8 months of house arrest with the condition that he not engage in any kind of criminal action in violation of the applicable law of Timor Leste during that period. If he is found to commit any such criminal action during the prescribed period, he will automatically serve one year of imprisonment and will be prosecuted for the additional offence.

In her decision the judge stated that it had been legitimately and convincingly established that the defendant committed the criminal act of damage to reputation in violation of Article 220 and Article 310 of the Indonesian Penal Code.

Article 220 of the Indonesian Penal Code states that:

Any person who gives notice or lodges a complaint that a punishable act has been committed, knowing that it has not been committed, shall be punished by a maximum imprisonment of 1 year and four months.

This article can be applied to a person who deliberately makes a false announcement or lodges a complaint to the authorities, for instance about a murder, with knowledge that this announcement is false or untrue.

The person who intentionally harms someone’s honour or reputation by charging him with a certain fact, with the obvious intent to give publicity therefore, shall, being guilty of slander, be punished by a maximum imprisonment of nine months, if this takes place by means of writings, openly demonstrated or put up, the principal shall, being guilty of libel, be punished by a maximum sentence of 1 year and four months imprisonment.

Article 310 of the Indonesian Penal Code can be applied to a person who commits slander by making an accusation that is subsequently broadcast that a person has committed a particular act, as well as for libel where the accusation is written.

The evidence submitted by the prosecution during the trial, in the form of witness testimony, indicated that the defendant had in fact made a false accusation via the print media (Suara Timor Lorosae) and the electronic media (TVTL).

Based on JSMP’s observations, the court did not clearly state if the defamation committed by the defendant was made against a person (individual) or against the police force.

The most interesting thing about this case report is that there is no reference to UNTAET Executive Order 2/2002 on the decriminalisation of defamation in East Timor.

"Effective immediately, the conduct defined in Chapter XVI (Defamation) of the Indonesian Penal Code, comprising articles 310 through 321, is of non-criminal nature in East Timor.

Under no circumstance may said articles be the basis for criminal charges by the Public
Prosecutor.

Persons allegedly defamed shall be limited to civil actions and only to the extent that such remedies may be provided in a future UNTAET Regulation.

This Executive Order shall apply to all pending proceedings in East Timor, regardless of the time of any alleged offense."

The failure of the legal system of East Timor to determine the most fundamental question in court proceedings; namely, what is the applicable law, indicates several worrying problems. Firstly, it means that the international judges are not competent to determine the applicable law in proceedings before them. Secondly, it indicates incompetency on behalf of both the prosecution and the defence to properly bring charges and to properly defend the legal rights of defendants charged with criminal offences. The attendant failure of national law and justice civil society agents to correctly identify the issues is also of note.

More generally, this problem exposes a catastrophic weakness in the judicial system in East Timor - one that leaves citizens convicted of impossible crimes - crimes which have been abolished by a lawful exercise of legislative power that has been totally and willfully disregarded by the all of the structural elements of the judicial system.

Such developments in the legal system of East Timor also have obvious devastating impacts on the rule of law. If laws that have been abolished by a subsequent law continue to be the basis of criminal charges and illegal application by the courts leading to the conviction of innocent citizens, what possible hope can there be for the entrenchment of the rule of law? What possible hope can there be for public confidence in the judiciary?

Yet East Timor's development partners continue to commit millions of dollars to the development of a dilapidated and dysfunctional court system. Most of this development assistance is funnelled through the UNDP - an agency that is part of the international bureaucracy that left East Timor prone to the disintegration of the rule of law, corruption and human rights violations throughout the post-independence era.

For all of Atul Khare's talk of the rule of law, little seems to be done to assess and identify the structural problems in the judicial system and to develop appropriate policy and legislative options for the necessary reforms.

Ultimately, it is the Parliament that has the power to enact laws that, in specific cases of clear miscarriages of justice in the Courts, override erroneous decisions based on flawed jurisprudence and that, more generally, restructure the court system and reform the human resource capacities in the institutions responsible for the administration of the law.
-----
East Timor Law Journal - Towards the rule of law in Timor-Leste!
at Saturday, April 18, 2009