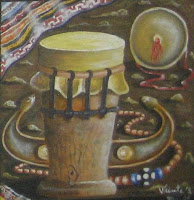 No way for desertion: Pinto Suara Timor Lorosae 6 April 2009 - State Secretary for Defense, Julio Tomas Pinto, said there was no way for the defence force soldiers to desert their barracs as they did in 2006, because the Timorese Defense Force (F-FDTL) currently has a strong discipline regulation.

Massacre victims in Likisa should get justice: Priest Rafael Timor Post 6 April 2009 - Priest Rafael said it was important for the victims and families of the massacre on 6 April 1999 by Indonesia's militiamen in 1999 at Likisa Church to get justice.
at Monday, April 06, 2009