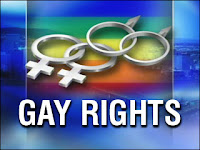 ETLJB 25 April 2009 SYDNEY - The rights of the homosexual citizens of East Timor have proven to be a fertile ground for virulent anti-gay vilification by some of East Timor's political leaders. Discussion of the issue in the public domain has also provided an opportunity for the persecution of gay men and women in East Timor through the hysterical anti-human and anti-Christian condemnations of the Roman Catholic Church.

There is a significant gay dimension to East Timorese society. But a proposed constitutional guarantee of the rights of homosexuals in East Timor was, under pressure from the Church and with the approval of homophobic members of East Timor's national parliament, excised from an early draft of the Constitution leaving the gay community susceptible to marginalisation, discrimination and hate-motivated violence. It was on that occasion that a prominent politician denied that there were any gay people in East Timor and declared homosexuality a disease.

The Church's influence in East Timor has actually contributed to the promotion of homosexuality, principally among East Timorese men. Strict compliance with bans on pre-marital sex and an oppressive social regime that seeks to control Timorese women's sexuality in East Timor have most certainly restricted the opportunities for young East Timorese men. But primal human compulsions, in the end, so to speak, find a way of being expressed.

The protection of the rights of gay people in East Timor should not be a matter left outside the mainstream concerns of the justice system. And yet not a single cent of the millions upon millions of dollars of donor money has been dedicated to this.

Gay civil rights movements in advanced secular democracies agitated and achieved unprecedented legal recognition of equality before the law and impartial access to the protections afforded by the law to straight citizens. These achievements did not come about without a long and injurious campaign to refute the prejudices of the conservative Church and to drag the State to entrench secular anti-discrimination and anti-vilification laws and to delete a wide range of laws and policies that discriminated against homosexual people.

If East Timor is to be credibly received as a state based on the rule of law and international laws and standards as its Constitution mandates, both clear policies and legislation must be presented by the Government to the Parliament for enactment to ensure the protection of equal rights to all citizens.

Such efforts will also create a suitable legal and social environment for managing HIV-AIDS infections in East Timor. Unfortunately, as the whole world knows, the spiritually-unstable leaders of the Roman Catholic Church continue to ban the use of condoms as a protective measure to avoid infection. In East Timor, this immoral doctrine will result in the avoidable deaths of men and women.

Intrusions of religious doctrines into the formulation of social policies and legislation in East Timor is a grave error - morally, jurisprudentially and constitutionally.

RDTL constitution clearly states that all citizens are respected equally.

Section 16
(Universality and Equality)
1. All citizens are equal before the law, shall exercise the same rights and shall be subject to the same duties.
2. No one shall be discriminated against on grounds of colour, race, marital status, gender, ethnical origin, language, social or economic status, political or ideological convictions, religion, education and physical or mental condition.

Section 63
(Participation by citizens in political life)
1. Direct and active participation by men and women in political life is a requirement of, and a fundamental instrument for consolidating, the democratic system.
2. The law shall promote equality in the exercise of civil and political rights and non-discrimination on the basis of gender for access to political positions. Only protects gender - not sexual orientation.