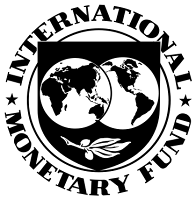 Dili, April 2–4, 2009 IMF Statement - 1. The performance of Timor-Leste’s economy remained very strong in 2008. On the back of a marked improvement in security, higher government spending, and a good harvest, real non-oil GDP is estimated to have grown by some 12½ percent in 2008. Moreover, while inflation is always a concern when spending increases rapidly, consumer prices are now stabilizing. Mainly driven by higher food prices, inflation peaked at 11 percent in the year to June 2008 but has since fallen along with international commodity prices and reflecting government intervention in the rice market.

2. However, the global environment has abruptly changed. Since the last TLDPM one year ago, the world economy has suffered a major downturn. A crisis that started in the U.S. subprime mortgage market has spread throughout the global financial system. Credit flows have been severely disrupted and asset values have fallen sharply. The strain is pulling down economic activity and world output is now projected to contract by ½ to 1½ percent in 2009, the first such fall in 60 years.

3. Timor-Leste has been isolated from much of the financial crisis but is not unaffected. As petroleum revenue represents about 95 percent of total government income, the country is highly exposed to oil prices and these have plummeted along with global growth. At the current price, Timor-Leste’s petroleum receipts can be expected to fall by some 60 percent from the level in 2008 when oil averaged about $100 per barrel. The Petroleum Fund has cushioned the impact but lower oil prices, should they persist, will eventually mean a much tighter budget constraint. The 2009 budget, well above the sustainable level and with an increase of almost 25 percent over last year’s actual spending, was already on the high side when oil was at $60 per barrel. Now, expenditure should be reduced at least to reflect the lower cost of government imports. Without adjustment, the 2009 budget would imply a non-oil fiscal deficit of over 100 percent of non-oil GDP, up from an estimated 97 percent in 2008.

4. A darkened global environment underscores the challenge of securing sustainable
growth and poverty reduction. Due to rising oil prices, Timor-Leste was able to more than quadruple government expenditure in just two years and still have enough left over to bring the Petroleum Fund to $4.2 billion at the end of 2008. This expenditure helped address pressing nearterm demands and stimulated the economy. Indeed, bustling with activity, Dili has changed to the point that it is hard to recognize. But economic growth cannot be sustained on very rapid increases in government outlays. Given current oil prices, spending will have to be tightly controlled to avoid depleting savings. That, in turn, highlights the need to prioritize and to get more value for money from government spending.

5. Lasting progress toward development objectives will, therefore, require a long and
consistent effort. Oil revenue has expanded the scope for action. It is important to recognize, however, that oil resources have a finite life while raising living standards is a very long-term endeavor. The original national development plan included a petroleum revenue saving policy, arrangements for well-targeted spending, and a monetary regime aimed at preserving macroeconomic stability. Results have been uneven but the objectives remain valid and should be preserved as the strategy is updated. A macroeconomic framework can provide essential guidance and the authorities’ recent effort to establish one is very welcome.

6. Promoting private sector investment and activity will be crucial. Unless private business expands, it will not be possible to generate the jobs demanded by a rapidly growing population and there will be little to fall back on when oil runs out. In this respect, it is encouraging to see movement on the long-awaited land law. Much more can be done, however, to simplify regulations and improve the business environment. In the financial area, the three fully licensed commercial banks reach only a small segment of the population and, with non-performing loans stuck at about 30 percent of the total since late 2006, credit remains depressed. Being branches of foreign parents, the banks do not appear at risk, but additional effort is needed to complete pending financial legislation and enable the financial sector to support a more vibrant economy.

7. Above all, the Petroleum Fund has to be seen as a cornerstone for sound management
of the country’s resources. By emphasizing transparency and sustainability, the Petroleum Fund helps shield against the “oil curse” that has afflicted so many resource rich countries. Given conservative investments in U.S. government bonds, the fund produced a 6.9 percent return in 2008. That was a strong result for a year where most asset classes endured large declines. Some diversification of the portfolio may now be a good idea and should be carefully considered. When amending the Petroleum Fund Law to accommodate a new investment strategy, however, we urge the authorities to maintain its basic principles. There will always be pressure to spend more and the current law provides flexibility, but ignoring orweakening the existing framework is not in the long-term interest of the country.

8. The future will be challenging but optimism is warranted. Timor-Leste has overcome great obstacles in gaining independence and made remarkable progress in securing peace. Falling oil prices present a new hurdle. Given the country’s formidable resolve and patience, the economic challenges can surely be overcome.

9. Knowing that this is my last TLDPM, I participate with mixed feelings. In June the IMF office in Dili will be closing. We will still be providing technical assistance and be closely engaged via regular missions from headquarters. However, our specially intensive presence here was intended to help set up and establish the country’s economic institutions and systems. That task can now be said to be completed. So, while I will miss the close daily interactions, the closing of the IMF office here is another example of Timor-Leste’s coming of age.