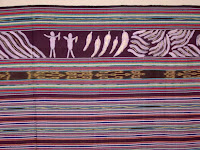 Aniceto Guterres called on the parliament to urgently establish an external audit and investigation of the corruption, collusion and nepotism that has plagued the procurement and distribution of subsidized rice.

Speaking to the Timor-Leste National Parliament in Dili today, Aniceto Guterres said that the latest local media reports regarding the theft of 140 tonnes of rice from the government's food security warehouse in Dili were just "the tip of the iceberg and the latest in what has been a process totally lacking in transparency and probity."

Guterres said that this scandal started "from the day the de facto Prime Minister decided to give the first rice procurement contract to his friend and fellow party official, Mr Germano da Silva, without a public tender.

Then information came to light regarding the spouse of a senior Minister becoming a major contractor for multiple contracts to import rice on behalf of the government her husband is a minister in.

"The rice rort bonanza for the AMP's political mates hasn't stopped since. Now the police are investigating political appointees of the de facto Minister Gil Alves, who are allegedly involved in falsifying documents, to steal rice destined for Timor-Leste's needy population," reported Guterres.

In early February 2009 two parliamentary committees inspected five Dili rice warehouses and recommended that the government "improve the tender process" and "improve control mechanisms with respect to those companies who were allowed to sell rice to the community".

Last Friday, April 3, 2009, the daily Timor Post reported that the Prime Minister had ordered the closure of government warehouses pending the outcome of an investigation into the theft of 14 tonnes of rice from government warehouses. However the daily also reported that the following day, despite this order, the warehouses were still open and private companies were taking rice deliveries.

"All warehouses containing rice stocks acquired by the government, whether state-owned or private commercial warehouses, should be closed down immediately. An independent external audit of all government rice stock should be undertaken by the parliament," insisted Guterres.

"In any case, the de facto Minister, Mr Gil Alves, should be immediately dismissed, and the de facto Prime Minister should for the first time since the rice rort saga began over a year ago, come clean and fully explain to the public his reasons for closing the warehouses. He should explain the numerous other hitherto unexplained matters, including him awarding a contract to his party crony without a tender in November 2008.

"Whether he likes it or not, he has to take responsibility for his government's failures. In personally ordering the closure of the rice warehouses he was signing de facto Minister Alves' certificate of incompetence. He is bound to carry through with it and sack him," stated Guterres.

Independent observers as well as members of other parties in the AMP coalition have also raised concerns about the government's rice program, as well as FRETILIN.

Even MPs from the de facto Prime Minister's own CNRT party have questioned the government's management of rice stocks and raised reports of potential corruption and collusion.

"FRETILIN has questioned both the transparency and probity of the procurement process as well as the effectiveness of the rice policy, before during and after each parliamentary budget debate when the government has sought approval to increase spending on rice imports. We challenged the ill-fated and unconstitutional Economic Stabilization Fund, which was established by the government in mid-2008 to acquire a huge stockpile of imported rice and we were victorious in the courts, said Guterres.

"Showing disdain for the court order, Mr Gusmao authorized the execution of a US$48 million contract to import a further 102,000 tonnes of rice after the date of the handing down of the court decision.

"FRETILIN and other opposition parties demanded that Mr Gusmao provide these contract documents to the parliament so that we could determine whether he had breached the Court Order or not, but to date these documents have not been made available. This shows total disrespect for the parliament and the people of Timor-Leste who are represented by our parliament. However we have come to expect no less from Mr Gusmao," said Guterres in closing.