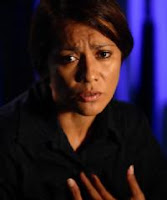 Her Darwin lawyer, Jon Tippett, QC, says Ms Pires will not get a fair trial in Dili unless Canberra provides her with support to challenge forensic and other evidence.

"The Australian Government has for whatever reason done very little to assist her," says Mr Tippett. He was hired this week to represent Ms Pires at her trial scheduled for next month.

She claims Reinado, her former lover, was lured to Mr Ramos-Horta's home where gunmen were lying in wait to assassinate him. Mr Ramos-Horta suffered serious bullet wounds when he returned to the house from an early morning walk after hearing gunshots.

Mr Tippett told the Herald that Ms Pires's public defender lawyers in Dili do not have proper facilities to handle the large amount of documents relating to the case that are being dumped on them at short notice.

He said that $70,000 Canberra has provided to fund her defence is inadequate to fight the serious charges she faces at a complex trial that could go for months. Mr Tippett also called on Timorese authorities to give Ms Pires back her passport, confiscated in the days after the attacks, so she can return to Darwin for medical treatment and to be reunited with her family. "She's not a threat to anybody," Mr Tippett said.

"She wants to be present during the trial and we guarantee she will return to Dili because she believes she has been made a political scapegoat and wants to clear her name."

Speaking after meeting Ms Pires in Dili, Mr Tippett said the case against her was based on hearsay, innuendo and prejudice "because she happened to be the lover of the man they say was engaged in an attempted coup".

"The charges against her are extremely serious but they are not based on any substance or fact," Mr Tippett said.

Ms Pires and 27 men face charges over the attacks. Most of them are members of Reinado's gang, including his second-in-charge, Gastao Salsinha.

Mr Tippett, a former Victorian barrister, has handled many high-profile criminal and civil cases since he arrived in the Northern Territory in 1982. His involvement in the case coincides with a shake-up of East Timor's prosecutor-general's office.

The Government has appointed Ana Pessoa, a justice minister in the former Fretilin government, as the new prosecutor-general. Ms Pessoa was once married to Mr Ramos-Horta and they have an adult son, Loro. She spent days beside Mr Ramos-Horta's bed in Darwin last year as he recovered from gunshot wounds.