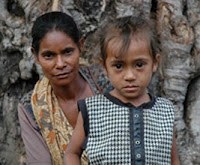 Peace is not just the absence of war but also requires that people have food and shelter, are healthy, educated and secure.

Create opportunities for women to heal from the violence they have experienced, and create peace within themselves.

Women need space in their communities to come together and dialogue, strengthen their peacemaking skills.

We urge the government, the United Nations and all institutions engaged in Timor Leste's peace process, and all other peace processes, to implement Security Council Resolutions 1325 and 1820 in order to assure women’s involvement and a gender perspective in all programs and peace processes.

We must hold accountable the perpetrators of sexual violence and rape.

Religion needs to become an instrument of women’s liberation rather than perpetrating our oppression.

We recognize that it is challenging for every faith to speak honestly about religion as part of the problem, not just as the solution, therefore we need continued dialogue between religious leaders, the government and communities.

We need stronger mechanisms to assure women’s economic status that guarantee women’s freedom to make decisions for themselves and their families.

We recognize all the steps the government has taken to assure women’s rights and equality, but few in the population understand the laws. Therefore more consultation is necessary both to gather women’s perspectives before drafting a law and informing us once it is promulgated.

Use the cars purchased by government and parliament to travel to rural areas to meet with people throughout the country.

Increase communication between the government and communities regarding governmental programs, especially health services.

Allow exceptions for abortion in the case of incest and sexual abuse.

Involve women from start in dialogue about strengthening the justice system, especially from a gender perspective.

Clear policy and guidelines are needed to define the relationship between the formal and traditional justice systems.

We need to work together in solidarity to demand justice for victims, especially women victims, of human rights abuses in Timor-Leste from 1975-1999 as well as the women forced into sexual slavery during the Japanese Occupation.

We need to strengthen networking among women internationally for justice, to support victims to speak out, and find creative solutions for holding human rights violators accountable.

We urge the National Parliament to have a debate on the 'CHEGA' Report for the implementation of the recommendation specially reparation for the victims and survivors.