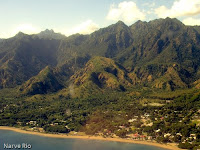 07 Apr 2009 DILI - On 6 April, the Ministry of Justice, jointly with UNDP Justice System Programme, carried out the first outreach campaign in Pante Makassar, Oecusse, with the attendance of more than 150 participants from the local community, organizations related to the justice sector and PNTL. The event was an opportunity to bring the justice actors close to the people and highlight what their roles and activities are. It also served as a platform to define relationships and strengthen synergies between formal justice institutions and local traditional mechanisms. Moreover, it assisted the public information office in the Ministry of Justice to produce and disseminate legal awareness and public information materials.

At the event, held at the District administrator's Office, were present the judge assigned to Oecusse, Dr. Constancio Basmerry, and Dr. João Dnun, a private lawyer working for FFSO – Fundasaun Feto Sinai Oecusse – an NGO supported by the Asia Foundation since 2005. Both of them explained their roles and opened a discussion with the participants on ways to improve the formal system and an efficient manner to bring justice closer to the people at local level.

"Socialization of laws is a basic principle that we, justice actors, need to contribute to as a means to ensure delivery of justice to the communities. We can only make people understand how the justice works by explaining the system and count on the media as a major player for this to happen", said Dr. Basmerry in his remarks.

The participants asked questions and raised issues faced in the area, such as lack of support to the victims, forms to empower PNTL officers in the sub districts and rapid resolution of land disputes.

"In order to guarantee access to justice, it is necessary to guarantee the presence of the justice actors in the districts, the Public Defender's Office needs to be permanently in the district, and if possible also visit the sub districts to assist people that cannot travel from further areas", said Mr. Arnodus Suni, a representative from FFSO that was present at the event.

The Ministry of Justice, through the Directorate of Human Rights and Citizenship, and UNDP Justice System Programme, prepared a series of communication materials and also distributed the Constitution of Timor-Leste - in Tetum and Portuguese - during the activity.

This public outreach campaign is the first of a series of campaigns which will be organized in different sub districts of Oecusse, Suai, Baucau and Dili.

UNDP and the Council of Coordination of the Justice Sector have been working closely through the Justice System Programme to develop the national capacity of the Courts, the Prosecution and the Ministry of Justice through the Public Defender's Office, Prison Services and the Legal Training Centre.

The UNDP Justice System Programme is supported by Australia, Brazil, Ireland, Norway, Portugal, Spain, Sweden and the United Nations Office of the High Commissioner for Human Rights and the UNDP Bureau of Crisis Prevention and Recovery.