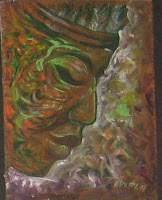 F-FDTL removes heroes’ bones Radio Televisaun Timor Leste 17 April 2009 - The Timorese Defence Force (F-FDTL) Command in cooperation with the State Secretary for Defence have provisionally removed bones and skeletons of the Timorese heroes to the Heroes' Garden in Metinaro.

I do not think about dissolving the Parliament: Horta Suara Timor Lorosae 17 April 2009 - President Jose Ramos Horta said he had no intention to dissolve the Parliament, but was only urging MPs to work actively and optimally.

CNE civic education on its own role and function to school children Radio Televisaun Timor Leste 17 April 2009 - The Timorese National Electoral Commission has held a one-day civic education for the Metinaro pre-secondary and secondary school children on its role and functions, as well as about the functions of the Technical Administration for Electoral Commission known as STAE.