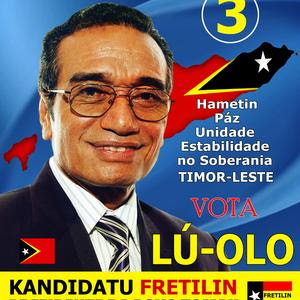 It is a strong turn-out for the Fretilin candidate and is a sign of things to come in the upcoming Parliamentary elections later this year with Fretilin expecting to regain government after losing it after the 2006 crisis.

However, if neither of the leading candidates achieves 50%, there will be second round to determine the Presidency.
at Sunday, March 18, 2012