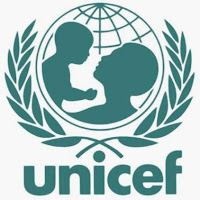 ABC News Australia 15 January 2009 - A report has found women in East Timor are 300 times more likely to die during childbirth than women in developed countries.

The UNICEF report shows that an East Timorese mother has a one in 35 chance of dying during childbirth.

In neighbouring Australia the figure is one in more than 13,000.

UNICEF Australia's CEO Carolyn Hardy has told ABC Breakfast the situation is also serious in some Pacific nations because of a lack of appropriate obstetric and maternity care services.

"A lot of countries are improving and some in this region are getting worse, the Solomons has gotten worse over the past five years," she said.

"Papua New Guinea has also gotten worse over the past five years.

"Timor has improved slightly, but having said that, Timor is still 1 in 35 women giving birth will die during giving birth, women [to the] north of Australia are bleeding to death."
-----
East Timor Women - Raising awareness of the plight of women in Timor-Leste.
at Thursday, January 15, 2009