An analysis of the problem of Diplomacy, Defence and National Security in East Timor 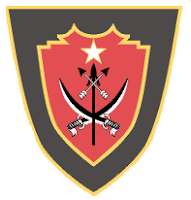 ETLJ 31 January 2009 SYDNEY - The seventh report in the series of analyses of social problems in East Timor entitled Diplomacy, Defence and National Security has been published in the East Timor Law Journal in English, Indonesian and Portuguese. Excerpt follows:

The Constitution of RDTL stipulates that the Police Force of East Timor has a duty to defend the legality of democracy and guarantee internal security for all citizens and shall be strictly impartial (Article 147 of the Constitution of RDTL), whilst the Defence Force of East Timor has the responsibility to guarantee national independence, territorial integrity and the freedom and security of the population from any form of external attack or threat, whilst respecting Constitutional order (article 146 section 2, Constitution of RDTL). The Government, as the executor of governance in RDTL, must always strive to maintain stability in the execution of government so that it can be implemented in accordance with the stipulated objectives, namely to provide a sense of security in all aspects to the community in order to establish prosperity.

In relation to the above, attempts must be made to ensure that defence and the security of the State, nation and people are upheld and not disturbed from within or outside the area of state jurisdiction. One initiative to create a national defence and security system is through the provision of diplomatic means in order to resolve issues if there are disturbances to the national defence and security system, particularly in relation to conflicts which may arise in areas around national borders, on both land and sea. Read the full report in English, Indonesian or Portuguese...