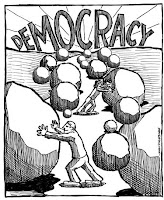 On 11 April, the UN and the Government of Timor-Leste held the first UN-Government workshop on democratic governance. This one-day workshop was attended by representatives from the government, political parties and civil society and was aimed at developing a vision for strengthening democratic governance in Timor-Leste. One result of this workshop was the creation of the Democratic Governance Forum series. This series included 8 meetings which covered such issues as accountability and transparency, political participation, separation of
powers, checks and balances, human rights, rule of law and justice.

The DGSU organised in December, with the Secretary of State for Promotion of Equality, a seminar on the significance of the Gender Focal Points in integrating and mainstreaming women throughout the Government.

Throughout the year, the DGSU facilitated regular meetings between civil society and the Special Representative of the Secretary-General, Mr Atul Khare.

For the 2009 Suko elections, the UN Electoral Support Team conducted an update of the voter register in each of the 13 districts. The total numbers of eligible voters are 579,606.