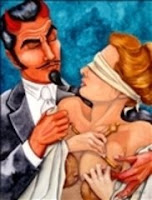 Timor-Leste: Reporter's Notebook By Carlito Caminha - In July 2007, the office of the chefe suco (village chief) in the west part of Dili, the capital of Timor-Leste, was busy. The village office was crowded with thousands of university students coming and going for a few days. They were trying to get their recommendation letters or statements from the village regarding their poverty level. This was part of the application criteria for students competing for the scholarship for the poor offered by newly elected President Jose Ramos Horta. The cost for each recommendation letter that day was US$1 per student.

"We all had to pay for the recommendation because we had no choice," said Tereja Belo, a student at the Dili Institute of Technology, who was one of around 5,000 applicants. "The reason for charging us was to help the chefe suco make the letter process faster," she added. Given that the poverty line for Timor-Leste is US$0.55 per capita per day, as noted in the 2006 Timor-Leste Human Development Report, this fee is a considerable burden for the average Timorese family.

Belo's experience is typical. On a national level, the problems of nepotism, corruption and collusion are common. Government institutions have not created a strong system for transparency, creating a complex network of corruption that involves both government officials and citizens.

According to a source in the National Parliament who preferred to remain anonymous, the Ministry of Interior allocated US$220,250 in 2006 for a single person as payment for catering services for the police. This is against the provisional law for procurement, which states that public procurement deals cannot be given to individuals -- only to companies. However, because nepotism is widely accepted in the country, it is likely that the recipient of the tender is connected to an official within the procurement office.

The spread of corruption in government institutions is not limited to the ministerial level. For example, there are cases in which people have paid money to the notary public to obtain their birth certificates, a service that is free, in theory. In reality, "if you don't pay the fee, you will have to wait for weeks before you get your certificate," said Eusebio Soares, a student from the National University of Timor-Leste (UNTL — Universidade Nacional Timor-Leste). People do not understand the impact of their actions, and they often will comply and pay the illegal fees without realizing they are participating in the corruption.

After Timor-Leste gained its independence from Indonesia in a referendum held by the United Nations in August 1999, Timorese expected that the country would live in prosperity, far away from the corrupt practices that prevailed during colonialism. "At the time, many resistance leaders promised that everyone would get jobs — rich and poor will live in equality," said Jose Herson, a cleaner at Salão Memorial da Independensia, a government-managed building. This vision is clearly stated in the country's constitution.

Since May 20, 2002, when the United Nations Transitional Administration of East Timor (UNTAET) handed over the government to the Timorese people, problems have already become apparent. The practices of corruption, collusion and nepotism, already rooted in society, became prevalent and could be seen at various government levels. The wide disparity between government officials, their families and small groups of businesspeople versus ordinary Timorese became more transparent.

When corruption takes place, it increases the existing social inequality between the wealthy and poor. When those with money can access services because they are able to pay the illegal fees, they have an advantage over the poor for education, health and work opportunities. This focuses money in the hands of a few, which goes against the pro-poor economic policies to improve rural development and increases tensions in communities.

Corruption is a part of the administrative bureaucracy. In May 2007, a friend (unwilling to be named because she is a foreigner) needed a letter of recommendation from the chefe suco and needed it stamped by the sub-district administrator in order to get police clearance. To get the letter and the stamp, she had to pay an illegal fee of US$10. When she asked for a receipt, the district administration's staff told her, "This is not a store, so you cannot get a receipt."

The case of illegal fees occurs not only in government institutions, but also in civil society. A church-related case was reported from a community radio station in the western district of Maliana in September 2005. In the village of Ha'uba, the Catholic chapel had a policy where people had to pay money before receiving communion at the mass. The money was supposedly used for maintaining the chapel but, because there was no accountability for how the expenses were used, the community complained. Eventually, the policy impacted weekly mass participation. As one community member stated, "It is not a matter of paying the money but, when the community has no income at all, such a policy makes people think twice before going to mass."

In one of the sub-districts of Baucau, the community catechist charged US$50 to fix a baptism certificate with errors. Although this is a large amount for the average family, people tend to pay the illegal fees rather than report the issues. "In a country where the majority of the population is Catholic, dealings with the church are part of life, and approval from the catechist is necessary for baptisms and weddings," said a Baucau resident who was unwilling to be named. Reporting these issues could create conflicts with the community leaders, especially given the small size of communities.

People do not believe it is important to report such issues because there are so many layers of corruption that it seems highly unlikely that their particular case will be solved. Even at the national level, it is rare to hear about corruption cases decided by the court. Furthermore, one hardly sees the people who commit corruption prosecuted or condemned for their actions. When I asked staff at the Provedoria for Human Rights and Justice (PDHJ — Provedoria ba Direitos Humanos no Justiça) for documents related to corruption, they refused to share the information, claiming that the cases were still under investigation.

The involvement of security forces in corruption is particularly damaging for the country. When the brother of Anita dos Santos bought a stolen motorbike, the police he contacted to register the bike asked him to pay US$200 as well as provide beer and cigarettes. Rather than investigating the case, the police helped the buyer register the new documents. This exemplifies how community members and authorities cooperate in corruption, making these cases hard to prevent or detect.

It is believed that some police officers operate as security guards for Dili hotels, bars and restaurants, particularly those owned by Chinese or other foreign nationals. Ivo Tilman, an independent journalist, said, "If you do not pay the police in the area to protect the shop, you have no security at all if there are riots." Security is a concern given the recent history of stoning buildings and arson.

Tilman added, "If the police or military earn enough salary to make a living, then they may stop taking part in illegal charging. But US$80 a month in Timor-Leste, where expenses are high, encourages police, or anyone else, to be involved in corruption."

A more serious case occurred in early 2006 within the Timor-Leste Defense Force (F-FDTL — Falintil-Força de Defesa de Timor-Leste). Commander Brigadier General Taur Matan Ruak fired the 591 soldiers who went on strike and claimed the F-FDTL was discriminating against soldiers from the western part of the country. After violence broke in reaction to the decision, General Ruak announced on national television on April 29, 2006, that Lieutenant Gastão Salsinha, the spokesperson for the petitioning soldiers, was involved in illegal sandalwood logging. The case has not been through the courts and, like most corruption cases, it may never be fully investigated and reported publicly. Without public reports on these cases, rumors continue to spread and add to tensions. These tensions and the various layers of corruption were part of the multiple factors that surrounded the 2006 crisis.

Many institutions, as well as citizens, have been involved in illegal charging for years. As a result, many civil servants and government officials expect extra compensation in return for serving the people. The system is supported, perhaps unintentionally, by the complicity of community members who pay the fees and don't report their cases. Continued illegal charging will prevent transparency, good governance and the future development of the country. http://report.globalintegrity.org/Timor-Leste/2007/notebook


Image added by ETLJB - The Corruption of Justice by Jacquelyn Bond