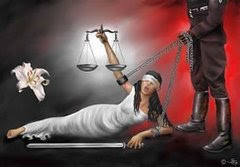 ETLJB 28 June 2009 SYDNEY An Australian lawyer has condemned East Timor's justice system as a "bloody hopeless" mess, riddled with corruption and incapable of providing anyone with a fair trial.

His legal team has not had access to the 5000-document prosecution brief to prepare her defence, and proceedings have been muddied by reports that Mr Ramos Horta may offer amnesty to some of those allegedly involved in the attack.

East Timor's dysfuntional judicial system and a backlog of 4000 cases meant Pires and ordinary Timorese were not getting access to justice, Mr Tippett is reported to have said.

"The problem is that Australian people are pouring tens of millions into East Timor each year and into the UN effort and the legal system is just hopeless," he said.

"I think our Government is entitled to say to the East Timorese Government . . . we want some bang for our buck, we want to see an open, accountable legal system that is free of corruption and free of the impediments that it contains."
at Sunday, June 28, 2009

Come on mate, not a free cent's have been given away for the Timorese and the government. Those cents are coming from Timorese Natural resources that been explored by Ausies and its cronies since 1976, until now...be honest mate...so think more clear, before saying those bullshit words...