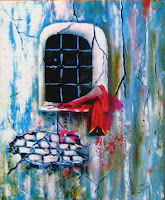 24 June 2009 - The Government of Ireland announced an additional contribution of Euro 350,000 to the United Nations Development Programme (UNDP) in Timor-Leste, out of which Euro 200,000 will be earmarked for the Justice System Programme (JSP) and Euro 150,000 will be allocated to the Provedoria for Human Rights and Justice programme (PDHJ). The signing of the agreement between the Irish AID Head of Mission, Mr. Charles Lathrop, and the UNDP Resident Representative, Mr. Finn Reske-Nielsen, took place on 24 June at the office of the Resident Representative in Dili, Timor-Leste.

“We believe that a strong judicial sector and effective rule of law are essential building blocks for the protection of human rights and for peace and development. Sound democratic governance cannot take place without independent and effective justice institutions that have the capacity to uphold the law and protect human rights,” said Mr. Charles Lathrop.

This contribution from Irish AID will support the activities of both programmes throughout 2009 and will allow the JSP and PDHJ programmes to increase the level of technical and financial support provided to build capacity within these critical judicial and human rights institutions.

“UNDP is very grateful to the Government of Ireland for its valuable contribution to the promotion of justice and human rights in Timor-Leste. By providing support to national judicial and human rights bodies the international community is able to support the Government of Timor-Leste’s efforts to put in place institutions which will effectively protect the rights of people as enshrined in the Constitution,” said the UNDP Resident Representative, Mr. Finn Reske-Nielsen.

The UNDP Justice System Programme is a comprehensive capacity development programme for the justice system and its ownership lies with the Council of Coordination, the national coordination mechanism for the justice sector. It started in 2003 and it is also supported by Australia, Brazil, Portugal, Norway, Spain, Sweden and OHCHR – United Nations Office of the High Commissioner for Human Rights – and UNDP Bureau of Crisis Prevention and Recovery.

The Capacity Building for the PDHJ project, which began in 2007, is a partnership between the Provedoria, UNDP, and OHCHR and since its inception significant milestones have been achieved in regard to the strengthening of this critical human rights institution. Activities implemented vary from training, mentoring, internships, workshops, development of internal systems, and the design of human rights materials.