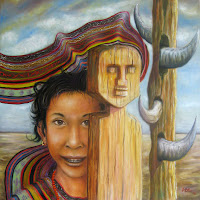 Railos commander might free from accusation: Legal Adviser Radio Televisaun Timor Leste 16 June 2009 - The legal adviser for the ex-commander of the Railos hit squad, Jose Pedro Camoes, said his client Vicente da Concecao might free from the legal charges as they had some strong reasons.

UN Police hands over power to PNTL Suara Timor Lorosae 16 June 2009 - The UN Police would hand over power to the Timorese National Police (PNTL) shortly in order to be responsible for security situation in the country.

Parliament should prepare new candidate for Ombudsman Timor Post 16 June 2009 - The mandate of the Timorese Human Rights and Justice Ombudsmen (PDHJ) Sebastiao Ximenes will end this month but no nomination was yet been made for the post.