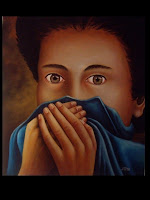 
The Council of Ministers held a meeting on Wednesday, 24th June 2009, in its room in the Government Building, Dili where it approved:

1. Decree-Law that changes the Legal Regime of the Notary

Five years after the publication of the Legal Regime of the Notary, and in an attempt to harmonise the language and the technical terms in order to help in the interpretation to the ones that apply the law. Some changes have been proposed to simplify and legitimise administrative procedures, as well as the introduction of justification and acquisition mechanisms for fixed assets, as well as the authorisation for temporary notarial activity for non Timorese notaries.

This Decree regulates the intervention of the notary in actions subjected to restrictions and prohibitions, and it also establishes criteria to avoid the adoption of different procedures in each notary office.

This decree, since there not enough technical staff in the notarial and registry areas, notaries from civil law countries are authorised to practice in Timor-Leste.

These changes legitimise several practices which are in force and make the notarial regime compatible with the national reality, and by doing this implementing one of the goals of the IV Constitutional Government, i.e. the consolidation of the notary and the access to justice.

2. Decree-Law that creates the Notarial Regulations

The Legal Regime of the Notary establishes the political orientations for the notarial system in Timor-Leste and bestows upon the Government the responsibility to regulate the political orientations defined in this legal diploma. Thus, the diploma regulates the Legal Regime of the Notary, more precisely their writing, keeping and archiving, the notary acts and the issuing of copies and certificates.

It is also important to mention that is was drafted based on the legal system applied in the country as well as based on the laws that are already in force . These are related to the Civil Procedure, Commercial Societies and Commercial Registry, the Legal Regime for Non Profit Organisations and the draft for the Civil Code.

With this law we intend to use IT means as a way to streamline the feedback that is to be given to users electronically.

1. The Ministerial Diploma that creates the Social Electricity Tariff

The members of the Council of Ministers had the opportunity to consider the creation of a social Electricity Tariff, since it is common practice to have subsidised electricity in the most needy countries. In these countries the State contributes to the energy costs, thus benefiting society .
at Friday, June 26, 2009