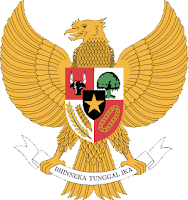 Now, the East Timor government is proposing a new transitional land law for the country to regulate land ownership. To appreciate the changes that will be rendered by that law, ETLJB is publishing this English tranlsation of the applicable land law in East Timor; namely, the Indonesian Basic Agrarian Law of 1960 - as modified by the laws and decree-laws enacted by the East Timorese state sovereign organs since the restoration of independence on 20 May 2002.