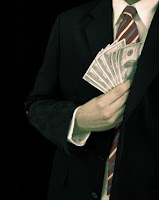 After a World Bank Vice President visited Dili the bank issued a media statement on June 6, 2009, which lauded the Ministry of Finance and was silent on the scandal.

The Dili weekly, Tempo Semanal, and The Weekend Australian, on May 24-25, 2009, published details of the hiring of international consultants for a major World Bank and donor funded program known as PFMCBP supposedly aimed at strengthening the capacity of the Ministry of Finance.

Several consultants were hired without the required qualifications and/or experience, but on hugely inflated salaries. Some were close friends and political allies of Minister Pires and of Prime Minister Gusmao.

Mari Alkatiri said the media release falsely pretended that everything was going well with the PFMCBP and the management of public finances.

“Anyone reading the World Bank media release would be forgiven for thinking that there had been no adverse allegations or public controversy regarding the PFMCBP, and that members of parliament from various parties, civil society and other national and international commentators who voiced grave concerns were misguided.

“The World Bank clearly is more concerned with its relationship with the government than with the probity and transparency of the Finance Ministry’s management of development partners’ money.

“It appears to many in Timor-Leste that the World Bank is being complicit with the Finance Minister’s actions by covering up allegations of her misconduct in hiring her unqualified friends on exorbitant salaries.”

Alkatiri said FRETILIN stood by its call for a thorough independent external audit of the hiring of ‘international advisors’, with the results to be fully and publicly disclosed.

“However, because the de facto government is now in the process of covering up what took place in the PFMCBP, a parliamentary or judicial investigation may be needed,” he said.

“FRETILIN and representatives of other parties including members of the AMP governing coalition, have made six formal requests to the Finance Minister to attend parliament to answer questions on this matter, with no response.

“Now a senior officer of the World Bank visits our country, presumably on a serious mission connected with the allegations that have plagued the Minister and the PFMCBP, but the public are told nothing about what the World Bank is doing to bring some transparency and probity to the issue.

“And despite parliament’s obvious concerns, the World Bank Vice President did not bother to meet with any parliamentary delegation or FRETILIN as the most represented party in parliament.

“The World Bank representative apparently does not see any role for parliament, and more specifically the Opposition to play in Timor-Leste’s democratic governance. That is a risky diplomatic view for the bank to take.”

Alkatiri said the World Bank’s uncritical and self serving praise for the PFMCBP ignored the fact that over half of the US$550 million budget for 2008, was simply disbursed through direct payments that required no real financial administration input.

“A large percentage of the remainder of the budget was spent on goods and services and salaries, and we know that procurement of goods and services by this administration is mostly done on direct single-source contracting without a tender which has led to serious and very specific allegations of corruption. The same goes for the small capital investment budget there was.

“Even de facto Deputy Prime Minister Mario Carrascalao told Radio Australia on 29 May 2009 that twenty percent of the budget is lost in wastage. He has also said in the Timor Post – 28 May 2009, that according to findings of an inspector general’s report fifty percent of government officials were suspected of being engaged in some form of corruption, and in the Timor Post on 24 April 2009, he was quoted saying that the Inspector General’s investigations indicate that the Finance Ministry is the most corrupt of all.

“High profile public figures like the Bishop of the Diocese of Baucau, Basilio Nascimento, have stated that rural residents and those living in urban areas outside of Dili have yet to seen any benefit from the very large budgets, and that even in Dili only a select few have benefited (Timor-Leste Television/TVTL interview on May 24, 2009).