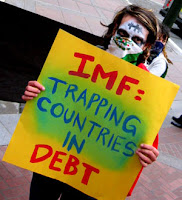 IMF Mission Concludes Article IV Consultation Discussions with Timor-Leste Press Release No. 09/213 June 16, 2009 - An International Monetary Fund (IMF) mission led by Mr. Werner Schule, Deputy Division Chief in the Asia and Pacific Department, visited Dili, Timor-Leste, during June 4-16, 2009, to conduct the annual Article IV consultation discussions. The mission met with the President, the Minister of Finance, the Head of the Banking and Payments Authority (BPA), other senior officials from the Government and BPA, and representatives from the private sector and civil society to discuss recent economic developments and the medium-term economic outlook.

There have been many remarkable accomplishments in Timor-Leste during the past year. Determined action has helped restore peace and stability, a precondition for economic development, and important steps have been taken to improve state administration and financial management. This enabled a marked increase in budget execution. Improved security and higher government spending have supported non-oil GDP growth of about 13 percent.

Consumers also benefited from a decline in inflation to 2.7 percent in the year to March 2009, along with international food prices. The depreciation of the Indonesian and Australian currencies vis-à-vis the U.S. dollar has also helped abate inflationary pressures. The immediate impact of the global crisis on Timor-Leste has been limited, but has underscored the high sensitivity of fiscal outcomes to oil prices.

Discussions centered on the policies needed to sustain the growth momentum and maintain macroeconomic stability. The mission noted that Timor-Leste’s existing framework for petroleum revenue management has provided an important anchor and remains highly appropriate. The mission has been concerned about the very rapid increase in government expenditure over the past two years but welcomes the authorities’ intention to reduce the spending envelope in the 2010 budget. This commitment towards a sustainable fiscal path should be maintained going forward. As the budget is implemented, it will be important to increase the quality, efficiency, and monitoring of public spending to get more and better results from each dollar spent. Spending should also be tied to a carefully prioritized medium-term plan.

Over the longer term, growth and job creation must come from the non-oil private sector. To promote private investment and activity, it will be important to strengthen property rights and contract enforcement and to streamline business regulation. The mission welcomes recent progress on the draft land and central bank laws, as well as other recent initiatives to reinvigorate the financial sector, including the development of a credit registry by the BPA. The mission also supports the maintenance of the current monetary and exchange rate regime to preserve macroeconomic stability.

The IMF mission wishes the Government and the people of Timor-Leste every success and stands ready to assist in their efforts to build a strong economy in support of poverty reduction and human development.