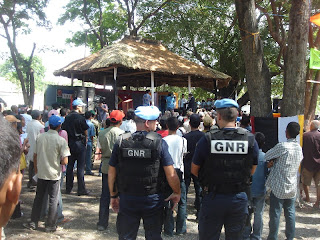 "We are calling on the Parliament, especially the president of the Parliament to pay attention to the widow and her children by providing them with scholarships so that they can continue their study," a family member Guilherme said.

Lasama should take responsibility because Alfredo had escorted him as personal security, he said.

Guilherme also called on the country's state bodies not to repeat such training in the future. Da Costa died in Jakarta after relieving an intensive medical treatment in Jakarta [Indonesia].

The electric current which was used to hit da Costa has been the cause of his death.
at Wednesday, August 31, 2011