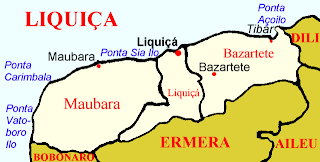 State Secretary for Security Francisco da Costa Guterres said the police had captured the suspects; therefore it was important to exhume the dead body for autopsy and for the sake of legal proceedings.

"The court authorised the exhumation Teki Diaz for autopsy, so that it could get a strong evidence for the legal charges," he said.
at Monday, August 22, 2011