East Timor and the Protection of Indigenous Peoples' Rights: Cultural Imperatives After Independence 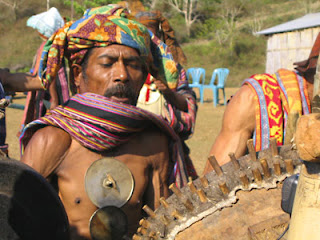 by Elena J. Damaso   I. INTRODUCTION This article accounts for the author's nearly three years' absence from the Philippine scene of indigenous peoples' rights advocacy. That time was spent in another cultural setting, during the transition of Timor Loro Sae from a colonial outpost of Portugal and then Indonesia, to its newly minted status as an independent republic. It gives a capsulated view of the challenges that face East Timor, particularly in the development of policies that would substantiate its unique cultural and historical identities in its bid to become an oil-producing modern state of the 21st century. It discusses the problem of land ownership and in the light of returning refugees and the role of custom in the resolution of land dispute issues. It explores the pertinent constitutional provisions aimed at achieving a balance between indigenous people's rights and sustainable development as well as the unique feature of customary law. The article cites the work of two important forerunners in East Timorese research and dissects the solutions proposed for existing issues. Lastly, some suggestions are made for the interface of Philippine-East Timorese advocacy groups that may be pursued by the interested parties.

II. FACTUAL BACKGROUND
As of 2001, there were 794,298 East Timorese occupying half of Timor Island with a total land area of 18,900 sq. km. The country is heterogeneous. In terms of ethno-linguistic groups, Tetum is spoken by 20% of the population and is the national language selected by the Constituent Assembly during the drafting of the Constitution. Other major languages are Mambae, the first language of 23% of the population, Macassae, and twenty-one other local languages. There are still about 70,000 East Timorese refugees in West Timor and other parts of Indonesia.

The Democratic Republic of East Timor officially became a nation on May 20, 2002, twenty-seven years after it formally declared independence from Portuguese rule on November 28, 1975. The Constitution of East Timor established the latter date as the Independence Day. Twenty-seven years ago, not a single nation recognized the sovereignty of East Timor, and Portugal, not willing to internationalize the issue, entered into protracted talks with Indonesia on the issue of self-determination for the territory. Even neighboring Australia committed the error of tacitly siding with Indonesia when it annexed the fledgling State on December 7, 1975. Australia went on to negotiate with the New Order Government of Suharto over the exploitation of the Timor Gap, which was rich in oil and gas, dropping its economically pragmatic position only in 1999 when the United Nations (UN)-sponsored vote became imminent.

The preamble of the Constitution, which was ratified on March 22, 2002, declares that the struggle for self-determination and independence was waged by the Maubere people on three fronts: 1) armed resistance by the FALINTIL; 2) the clandestine movement where East Timorese and non-East Timorese risked their lives in support of freedom; and 3) international diplomacy that was helped along the way by influential figures such as Pope John Paul II, who appealed to Indonesia in 1987, "to protect the 'ethnic, religious and cultural character of East Timor.'" The monumental 1996 Nobel Peace Prize awarded jointly to Bishop Carlos Filipe Ximenes Belo and Jose Ramos Horta was a major push in the campaign for independence. In the same year, UN Secretary General Kofi Annan was convinced to break the impasse between Portugal and Indonesia over talks on the fate of East Timor that has dragged on for twenty years.

From the start, the UN Security Council condemned the Indonesian invasion, while the UN General Assembly kept alive a Resolution calling for "an act of self-determination" to resolve the East Timor issue. In the meantime, the international community, human rights groups, indigenous peoples' advocates, the International Monetary Fund, and the United States of America through the Clinton Administration increased the pressure on the New Order Regime to desist from its illegal occupation. The downfall of Suharto precipitated the referendum on August 30, 1999. Four days later, the United Nations Mission in East Timor (UNAMET) announced that 78% of the East Timorese rejected the autonomy proposal presented by President Habibie. The violence that followed shocked the world and forced a third of East Timor's estimated population of 800,000 to flee to West Timor as refugees. The remaining population scattered in the mountains and far-flung areas. As the vote ended Indonesian rule, it was estimated that the Maubere people lost 200,000 lives during the struggle for independence.

East Timor Law Journal - Towards the rule of law in Timor-Leste
at Thursday, August 04, 2011